On its annual Top Picks list, Consumer Reports has crowned the Ram 1500 with the top honor in the Pickup Truck category, naming a Chrysler product first time since the Jeep Cherokee 16 years ago.

The Hyundai Santa Fe, Subaru Forester, and Tesla Model S were also honored in their respective categories in the latest evaluation.

The Pickup Truck category had taken a hiatus in 2013 because Consumer Reports had not yet tested two newly-released vehicles in that segment, the extensively updated Ram 1500 and the redesigned Chevrolet Silverado/GMC Sierra.

And those two truck were the highest-rated this year: The Silverado actually outscored the Ram in testing, but Consumer Reports has yet to determine the Chevy’s reliability rating.

“With its 2013 freshening, the Ram is surprisingly refined and inviting. A coil-spring rear suspension — unique for full-sized pickups —  makes it the most comfortable-riding truck,” Consumer Reports writes in its evaluation. “And the whisper-quiet cabin makes it feel like a luxury vehicle.

Still, the Ram is fully capable of getting its hands dirty when duty calls. The 5.7-liter V8 and new eight-speed automatic transmission deliver effortless power while returning a relatively good 15 mpg overall.”

The report notes that the upcoming Ram EcoDiesel V6 is likely to be the most fuel-efficient for the Pickup Truck class when it’s evaluated.

As for the Silverado (and the similar GMC Sierra), Consumer Reports praises the 2014 redesign.

“Handling is now more responsive and the spacious cabin is as quiet as a luxury car’s. Benefits include easy cabin access, simple controls, and generous towing and payload capacities,” the review says. “It shines as a work truck. Its few shortcomings as a day-to-day vehicle include a jittery ride and front seats that aren’t as supportive as those in some competitors.”

Consumer Reports’ Top Picks are the best all-around models in their categories; chosen from more than 260 vehicles the organization has recently tested.

Top Pick models must meet CR’s stringent criteria in three areas: road test, reliability, and safety. They must rank at or near the top of their category on overall road test scores; they must have earned an average or better predicted-reliability Rating, based on problems Consumer Reports’ subscribers reported on 1.1 million vehicles in the latest survey; and they must perform adequately if tested in crash or rollover tests by the government or the insurance industry.

Consumer Reports also compiles several Best & Worst lists, such as the best and worst values: vehicles that provide “the best bang for the buck” and those that are costly.

“The competition in the marketplace has grown fierce. There was a time when a handful of brands dominated our Top Picks list, but in recent years we’ve seen a more diverse group make the cut,” said Rik Paul, Consumer Reports’ automotive editor.

Models from eight manufacturers are represented on this year’s list of 10 Top Picks. Only Honda and Subaru earned more than one spot each on the list.

Joining the Ram 1500 as newcomers to the list this year, the redesigned Subaru Forester knocked the Honda CR-V from the top of the Small SUV category, and the Hyundai Santa Fe took top honors in the Midsized SUV category.

Although pricey, the Tesla Model S nabbed Consumer Reports’ Top Pick for Best Overall vehicle for its exceptional performance and its many impressive technological innovations. 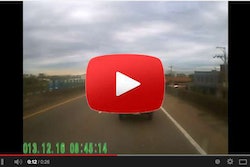 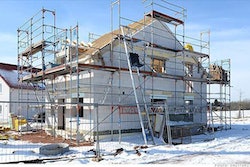 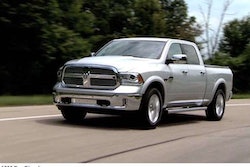 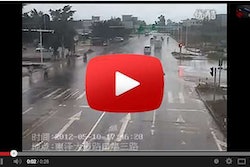