While it’s not the supercharged V8 that Ford fans were hoping for to blow away Ram’s brutal TRX, Ford did announce some impressive changes for the 2021 Ford F-150 Raptor today while passing along a reminder to be on the lookout for the Raptor R next year.

Will the Raptor R be getting a supercharged V8? Well, it will be a V8 according to Ford. Whether it’s supercharged or not remains to be seen.

If Ford intends to keep up with the 702-hp TRX on and off-road, it looks like all this latest Raptor is missing is a sizable boost in power following some changes for 2021. Let’s take a look at some of the biggest:

Ford has not yet released new performance numbers so it’s hard to say if the 2021 Raptor will rise much above the 450-hp and 510 lb.-ft. torque ratings given for the 2020 model. With faster start times courtesy of additional low end torque, the 2021 is off to a good start. But numbers don’t always tell the whole story according to Ford North America Product Communications Manager Mike Levine.

“If you’re worried more about horsepower than wheel travel, ground clearance and off-road angles, you’ve lost the plot in high performance off-road trucks,” Levine said in a Tweet posted this afternoon. “But for those that want even more power, the Raptor R V8 will crush. What a time to be alive!”

Ford said its “all-new third-generation F-150 Raptor that takes the mechanical and technical brilliance and precision of Raptor and infuses it with enhanced connected technology that means the experience of owning one will only improve over time.”

Sales of the F-150 Raptor has eclipsed the sales of other well-known performance icons. Over the last four years, the previous-generation Raptor cumulatively outsold Porsche’s entire lineup of sports cars and also outsold Chevrolet’s Corvette.

Eager to see how the 2021 Ford F-150 Raptor handles our off-road course. The TRX ate it up and something tells me that the Raptor won’t disappoint. It’s about 650 lbs. lighter and with a lighter V6 in the front getting it airborne may not require as much acceleration. 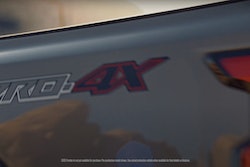 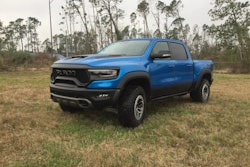 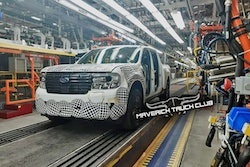 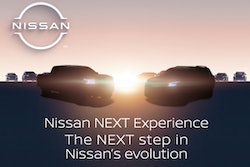