A fatal accident left a dump truck stuck on the side of a steep bank near Kendrick, Idaho recently where fuel leaked into a creek below and stymied state police who said that they could not cover the cost to remove it.

The 1995 Freightliner remained there for days, left in the same spot where 64-year-old George Chavis had somehow lost control on a sunny afternoon on Aug. 6 and drove through the State Highway 99 guardrail carrying a load of asphalt and a small loader with him. Chavis was pronounced dead at the scene.

Idaho State Police told The Lewiston Tribune that the wreck left them with two problems: contamination from the truck’s fuel, oil and other fluids and a lack of funds preventing the removal of the demolished truck which came to rest about 100 yards below the highway.

An estimated 100 gallons of diesel fuel had spilled at the site. State police reached out to the U.S. Environmental Protection Agency for help with wreck removal and clean up.

“EPA is conducting an oil spill response, at the State of Idaho’s request,” EPA spokesperson Mark MacIntyre said Monday. “We are working in concert with the Idaho State Patrol, the Idaho Department of Environmental Quality and the Idaho Office of Emergency Management. In addition, we have notified the Nez Perce, Umatilla and Yakama Tribes.

“As part of our activities to address the pollution threat to the Potlach River, an important natural and cultural resource, we are preparing to remove the wreckage by draining and collecting any remaining fuel or lubricants on board and then employing cables and heavy equipment,” MacIntyre continued.

After arriving on the scene August 11, EPA immediately deployed boom and absorbent pads at the crash site and in the creek.

“Both continue to contain and soak up the fuel and other oils,” MacIntyre explained. “Drinking water intakes downstream of the spill were notified shortly after the crash.  Once the wreckage is removed, the cleanup will continue to remove all oil contaminated debris, soil and vegetation.”

The truck and loader were removed Tuesday on an access road that was found near the site below SH99. The operation will be paid for with funding from the EPA’s Oil Spill Liability Trust Fund.

“Approximate costs have not yet been calculated. At this point we expect it to be less than $100,000,” MacIntyre said. “The ultimate cost will be passed along to the responsible party through cost recovery.”

But recouping federal funds might be a problem. State police thus far have had no luck in locating the truck’s owner which put the cost of removal and clean-up initially on them—that is, until the EPA showed up.

So, is it unusual for the EPA to participate in removing commercial vehicles from crash sites?

“Normally, state and local authorities handle routine incidents similar to this one, but in this case, the State of Idaho specifically requested our help due to the threat posed to the creek and river downstream,” MacIntyre said. “EPA may lead the response when there is a threat to water quality, state and local authorities request our help and/or when the responsible party is unable or unwilling to organize and execute the response.”

As for Chavis’ crash, state police said his wreck was out of the ordinary for that stretch of SH99. Local grain trucks frequently travel that road, according to Lt. Allen Oswald. It’s not clear if Chavis, who had lived in North Carolina, was familiar with the highway.

“The driver lost control going down a steep grade and the trailer started whipping and off the side he went,” Oswald said. 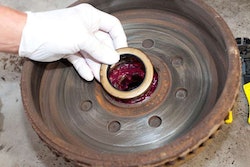 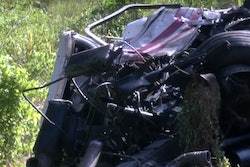 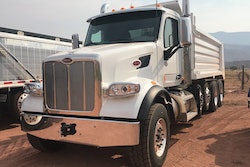 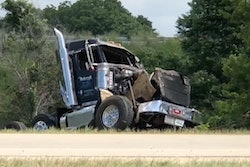