Pushed by its Cummins powered DuraStar, Navistar announced Tuesday that orders for its Class 6-8 trucks hit their highest level in nearly two years.

“(That) strengthens our belief that the ISB (engine) will be the catalyst for improving our medium-duty business,” says Bill Kozek, Navistar president, North America Truck and Parts. “Many of our customers asked us to add the ISB to our lineup, and we listened. With more than 2,100 orders in the first 30 days, we’re optimistic this will be a winning combination in the marketplace.”

Navistar says it booked nearly 5,900 Class 6-8 truck orders in September, making it the company’s highest order receipt month since December 2011. The company’s orders for the month include more than 2,100 medium-duty trucks with the Cummins ISB 6.7 liter engine, the majority of which were DuraStars. The company says it is on track to begin customer deliveries of DuraStar units in December 2013 and CE Series school buses in late-January 2014.

Navistar estimated its Class 6 and 7 order share at 31.7 percent for September, up from 18.8 percent in August.

For Class 8, Navistar estimated an order of 17.4 percent for September, up from 16.6 percent in August.

“We are also pleased with our Class 8 order performance in September,” Kozek says. “For the last five months, we have seen a positive trend in orders, driven by our new product launches and quality improvements.” 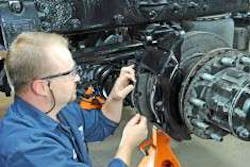 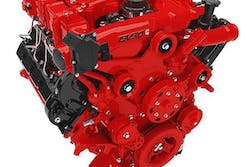 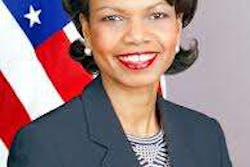 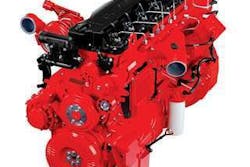