Another video of a Tesla Semi has emerged, but this one more clearly shows the truck’s talent for quick acceleration.

Yes, the posted speed is only 25 mph, yet about three seconds into the clip you’ll see the truck’s tires spinning up dirt and launching the Class 8 EV down the road.

Though the location isn’t listed, the area looks strangely familiar. A little searching on Google Earth revealed that it was shot in Sunnyvale, Calif. on Reamwood Avenue, one street over from where the last Tesla Semi video was filmed in front of the UPS Customer Center at the corner of Hammerwood Avenue and Elko Drive.

The prior video, uploaded on Jan. 17, shows a brown Tesla Semi driving past UPS on Elko Drive. This latest video, published on Tuesday, shows a silver Semi flying down Reamwood.

As with the Jan. 17 video, it may just be coincidental that UPS is nearby, but you have to wonder. The shipping giant announced in December its plans to buy 125 Tesla Semis, the largest public pre-order yet. UPS did not announce which of its locations would receive the trucks. Tesla plans to have the truck in production by 2019. 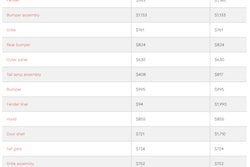 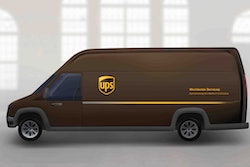 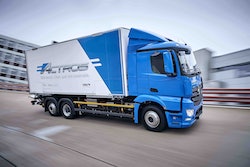