Moving forward, the two companies will work together to design and build 10 new zero-emission fuel cell electric T680s as part of a $41 million Zero and Near-Zero Emissions Freight Facilities (ZANZEFF) grant from the California Air Resources Board to promote the use of fuel cell electric tractors in port operations. As part of the project, Shell Oil Products also plans to build two new large-scale, heavy truck hydrogen fueling stations, one in the L.A. ports and one in Ontario, Calif.

At last year’s CES, Kenworth showcased its own fuel cell electric truck, the Zero Emission Cargo Transport (ZECT) that used fuel cells as a range extender for the batteries. This year’s partnership with Toyota uses two of the automaker’s Mirai passenger car fuel cells to directly power the motors in the drivetrain.

“We’ll be taking what we learned on the [ZECT] and what Toyota learned building this one and taking the best from each of them,” said Brian Lindgren, director of research and development for Kenworth.

“This is not just a science experiment,” said Bob Carter, executive vice president, Toyota Motor North America. “The goal is to make a difference in society and to remove pollution and improve the air quality in and around the Port of Los Angeles.”

The new truck configuration on display at CES requires only 12 kW of battery power and is capable of achieving a range of 300 miles. It has a refueling time of roughly 30 minutes.

The Kenworth T680s with the Toyota hydrogen fuel cell electric powertrains combine hydrogen gas and air to produce electricity. The electricity powers electric motors to move the trucks, while also charging the lithium-ion batteries to optimize performance as needed. Sophisticated power management systems will apportion the electrical power from the fuel cells to the motors, batteries, and other components, such as electrified power steering and brake air compressors.

This story was written by Jeff Crissey, editor of Commercial Carrier Journal, a partner publication of Hard Working Trucks. 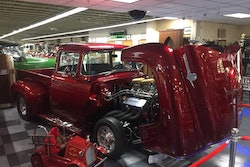 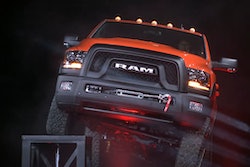 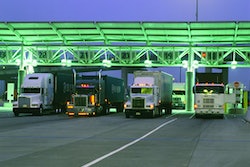 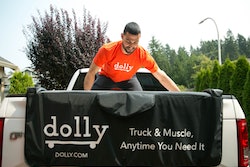