Dinosaurs took centerstage in two of the biggest summer movie blockbusters and in the wilds of the American West, Toyota supported a paleontology team from the Children’s Museum of Indianapolis as they embarked on a real-world journey through a long-lost world of dinosaurs.

Led by the museum’s Scientists-in-Residence, world-renowned paleontologists Dr. Phil Manning and Dr. Victoria Egerton, a team from the museum surveyed an undisclosed site in northern Wyoming. The expedition was supported by Toyota, through usage of a pair of Tundra pickups and a Land Cruiser. The trio of vehicles was used to haul scientific gear, camp equipment and fossilized/fragile dinosaur bones – all while navigating several miles of the most rugged, craggy, unforgiving terrain in the western U.S.

“It’s an off-road adventure through a rough and tumble world that existed millions of years ago, at a time when there was a salt water sea covering the area we’re presently exploring,” Manning says. “What the sea left behind was rugged terrain and steep slopes that are extremely hard and sometimes dangerous to traverse. Some of the bones we are discovering weigh hundreds of pounds and are brittle and very fragile. So, it’s imperative we excavate and transport them safely in vehicles that can smoothly handle the rough landscape. We are very grateful Toyota is helping us preserve a very important slice of history.”

The Land Cruiser has the distinction of being the primary vehicle in Michael Crichton’s best-selling 1990 novel “Jurassic Park.”

“That fact wasn’t lost on our team,” Manning says. “We experienced firsthand why Crichton selected the Land Cruiser for his book.”

The expedition has proven fruitful so far. The museum team has uncovered several ancient animals, some dating back several millions of years. The paleontologists are hot on the trail of multiple dinosaurs, and they aim to tell a tale of exploration when the full story of the site’s discovery is ultimately revealed to the world.

The dinosaur bones will make their 2,500-mile journey back to the Children’s Museum of Indianapolis, after they are extracted from the ground and prepped for travel.  The 500,000-square-foot museum, which attracts around 1.2 million visitors annually, is home to Dinosphere, one of the finest immersive dinosaur exhibits in the U.S. 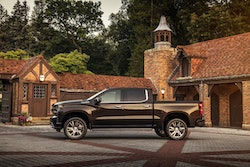 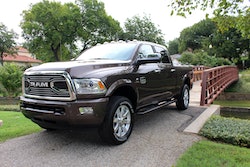 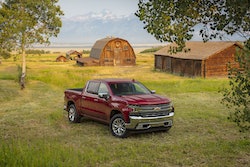 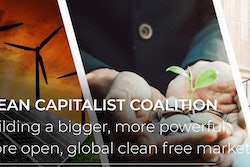