Another ampCNG station to open in Texas; US Foods CNG trucks will be anchor fleet 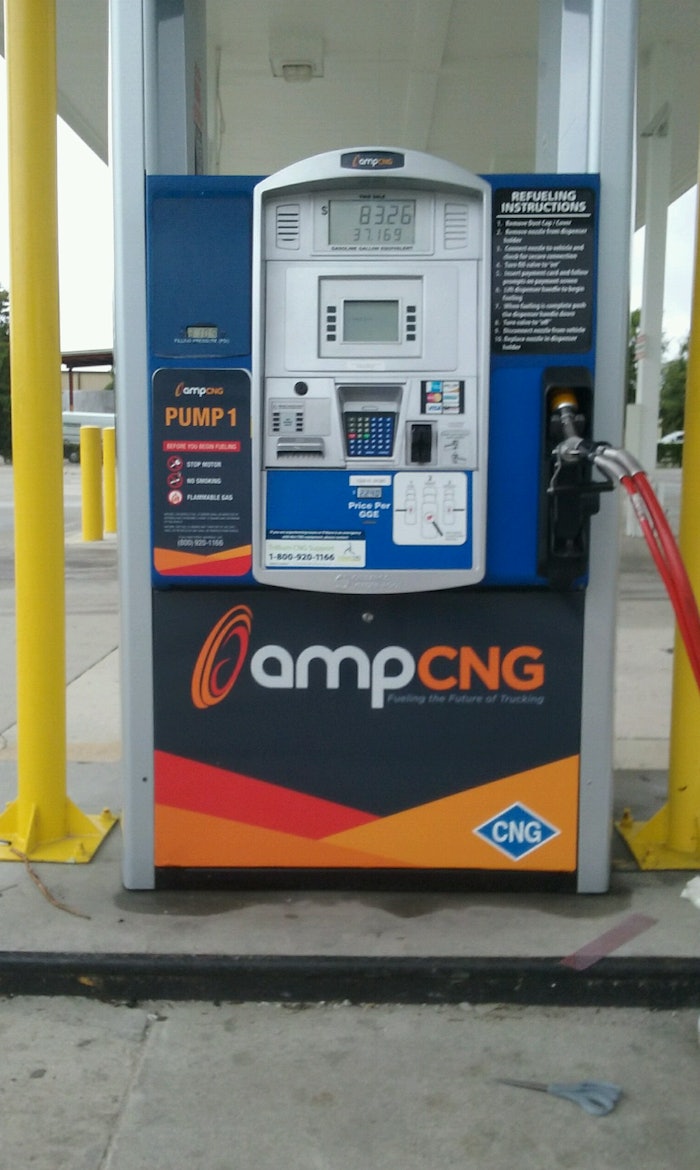 AMP Americas announced today that it has broken ground on a new public-access ampCNG fueling station in Buda, Texas which will supply fuel for a fleet of 50 CNG trucks at nearby US Foods.

The ultra fast-fill CNG station, which is expected to open in February, will be built next to the US Foods distribution center on Turnersville Road and will have two dual-hose dispensers serving two lanes.

“We are proud to partner with one of the country’s largest foodservice distributors and to help US Foods improve air quality with a much cleaner, more cost effective, domestic fuel,” said Grant Zimmerman, CEO at AMP Americas. “Support from the Texas Commission on Environmental Quality has been instrumental in helping us bring this station to Buda.”

The announcement follows AMP Americas ultra-low Carbon Intensity (CI) score of -254.94 gCO2e/MJ by California’s Air Resources Board (CARB) for its renewable natural gas (RNG). It’s the lowest score ever given to a fuel. By comparison, diesel was given a CI score of 98; traditional natural gas, 79; and electric, 35. AMP plans on eventually bringing RNG to all of its stations, which is an attractive goal for emissions-minded fleets like US Foods.

“We’re committed to continually improving the efficiency of our fleet,” said Dario Skocir, vice president of operational excellence, US Foods. “These vehicles allow us to reduce emissions during our daily deliveries to our customers, while also reducing our fuel costs.”

“Supporting clean, domestic natural gas as an alternative transportation fuel that significantly reduces emissions is an important environmental commitment,” Isaac said. “ampcng’s efforts and investment in the state of Texas to help businesses transition to clean, Texas-produced natural gas have been a critical part of our plan to improve air quality for Texans and grow our state’s economy.”

The new station marks ampCNG’s eighth in Texas, bringing its total station network to 20. The company’s other stations in Texas are located in Amarillo, Harrold, Waco, Brock, Rosenberg, Sweetwater and Kerrville.

AMP Americas continues to expand its national footprint and to invest heavily in dairy RNG projects across the country to bring more ultra-low CI gas to market. Construction is currently underway for the company’s second RNG project using dairy digester gas. The company plans to more than double its dairy gas output by mid-2018, and aims to deliver ampRenew, its 100 percent RNG, to all 20 of its fueling stations as it brings on future projects.