Autogas: An AltFuel on the rise

There are so many alternatives that choosing an alternative fuel can be a daunting task.

“All those fuels have opportunity,” says Tucker Perkins, Chief Business Development Officer for the Propane Education and Research Council. “I don’t think we’ve ever claimed to be the one answer, but I do think we are closely honing in on the concept that for anything from even the smallest engine – whether it’s on or off-road – we really that we’re the fuel of choice for the light-duty and medium-duty market, and we’re starting to move up in the horsepower and torque curve.”

So what is propane autogas?

Propane is actually derived from one of its AltFuel competitors – natural gas.

The fuel itself may not vary greatly from its natural gas cousins, but the difference becomes more clear in some of the components used on the trucks. While CNG is stored at roughly 3,600 PSI, propane is stored at 300 PSI, offering signifiant cost and weight benefits.

Propane is stored and pumped as a liquid and it’s also burned as a liquid in the engine, meaning much of the fuel system doesn’t have to be converted in making a switch from fossil fuel to propane.

Where Perkins says the biggest difference becomes obvious is in infrastructure savings.

A propane infrastructure can cost upwards of $50,000 per site, Perkins says.

“You can’t touch a fast fill CNG (station) for 15 times that amount,” he says. “Most propane retailers will actually even supply the infrastructure in exchange for the supply contract.”

Perkins says there are about 3,000 publicly accessible propane refueling sites but if you factor in propane retailers, the number is much larger.

With its largest engine – an 8.8 liter – producing 600 foot pounds of torque, propane hasn’t cracked into the heavy-duty market yet, but Perkins says plans for turbocharged options are underway. The council is also looking at diesel-blends for higher horsepower applications.

“That will probably quickly move us over 700 pounds of torque,” he says.

The heavy-duty market has been slow to develop, in-part Perkins says, because the organization has been focused on return-to-base fleets.

In the last 6 to 8 months, propane has focused on package delivery fleets, but discussions to enter the heavy-truck segment are ongoing.

“We’ve had a lot of opportunity to talk to people about Baby 8s, single axle tractors, beverage delivery and some of that,” he says. “We just haven’t found the perfect partnership yet.”

“Where we start to separate is how easy the fuel is to store on the vehicle…and how easy it is to use in a modern engine for direct injection,” he says. “We see the future for propane bright for direct injected engines.”

Aside from payload and infrastructure benefits, Perkins says another differentatior from natural gas is the range of a propane-powered vehicle.

“One reason you don’t see too many OEMs talking about bi-fuel propane is because they can achieve the same range they get with their gasoline vehicles just using straight propane,” he says.

Over the past four years, trends for propane engines have changed. Up until recently, aftermarket bi-fuel kits made up the majority of the marketplace. It’s now split between the aftermarket and OEM propane dedicated trucks.

So what’s the difference between autogas and the propane you use to heat your home or grill your burgers? None.

“What’s really different about it is the distribution model and the type of usage,” he says.

PERC will display a Freightliner box-style truck at NTEA next month that Perkins thinks will quickly be adopted by rental fleets or pickup and delivery fleets.

The truck marks Freightliner’s first entry into the propane segment that wasn’t built specifically for the propane industry. Previous models were a propane bobtail and a flatbed for tank delivery.

Over the next five years, Perkins sees propane pricing steady with great upside for the fuel.

“I see propane almost dominating the AltFuel direct injected market,” he says. “It’s giving us better fuel economy, much cleaner emissions and, frankly, at a much cheaper installed price because we’re using much more of the OE equipment. Looking ahead, it looks like we’re going to be able to meet CARB standards easier and delivery an even more efficient vehicle at a lower price.” 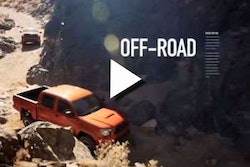 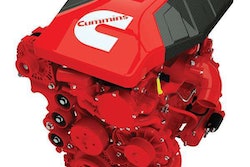 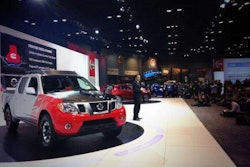 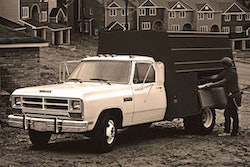