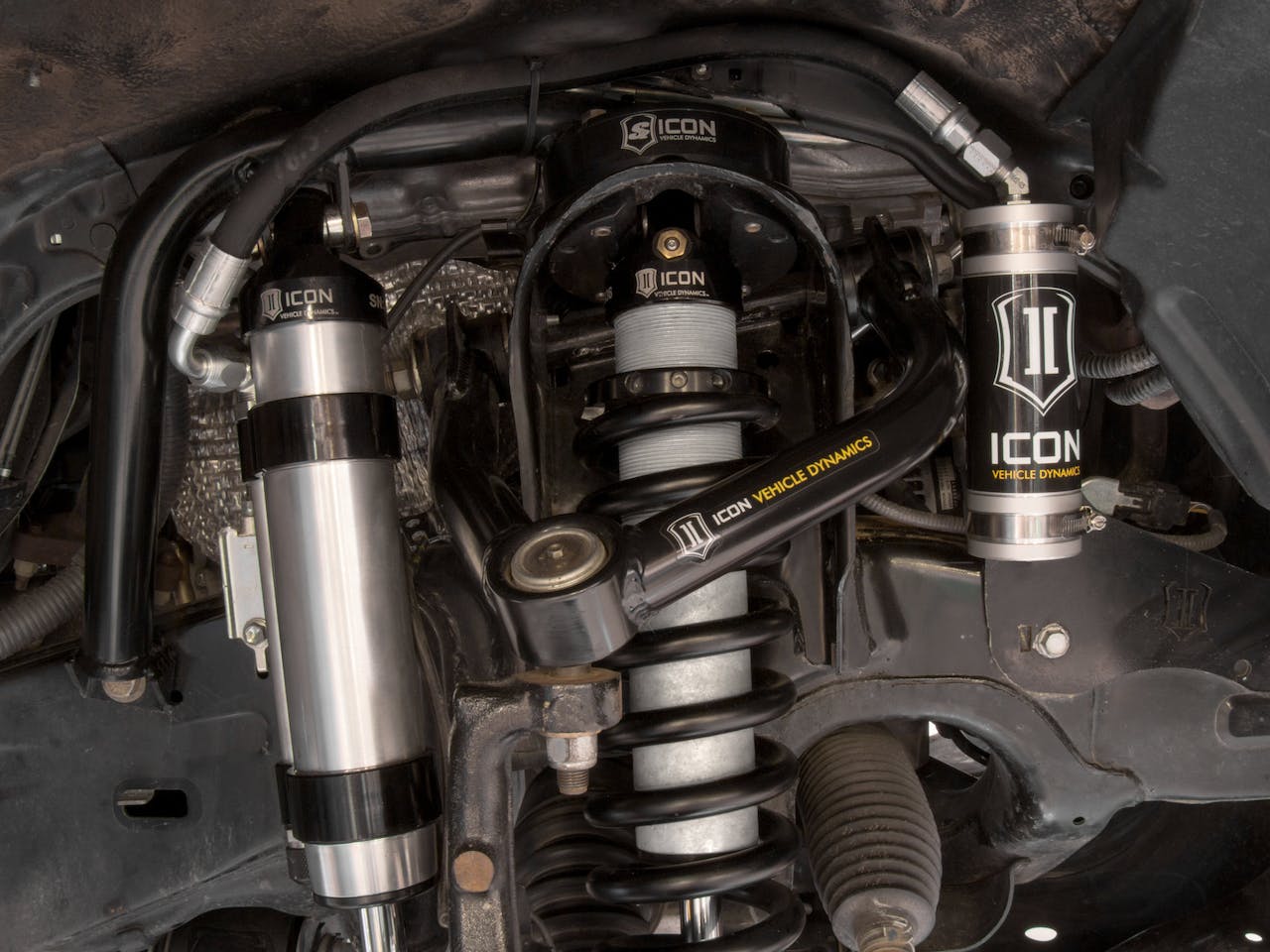 ICON S2 Secondary Shock System is now available for the 2007-up Toyota Tundra.

The system allows for the installation of a secondary shock to an existing ICON coilover setup which can greatly increase suspension performance. For instance, the addition of a secondary 2.5 Series Piggyback or Omega Bypass shock will effectively double the damping ability of the vehicle’s front suspension.

As opposed to long travel kits, ICON reports that its S2 System is an affordable, mostly bolt-on upgrade that drastically increases off-road performance, is easy to install, and has a modular design that allows 2007-up Toyota Tundra owners to upgrade in steps or all at once.

The system was designed to eliminate the need for any major alteration of the vehicle’s frame or any other factory suspension components, and the components are removable in case the system is to be installed on another vehicle. While the Tundra S2 system does not utilize a lower control arm skid plate like ICON’s other S2 applications, it does incorporate a lower shock mount with a built-in shield which helps to protect the shock from any potential trail damage.

These secondary shocks not only double the damping ability of the vehicle’s front suspension, but the remote reservoir shock configuration and increased oil volume allow for the vehicle to be used harder for longer durations of time without experiencing any shock fade that could lead to degraded performance. Each secondary option has been designed specifically for the S2 application, eliminating the need for any shock tuning outside of the built-in CDC or bypass adjustments.

ICON products are all proudly made in the U.S. at their Southern California-based facility by a dedicated team of off-road enthusiasts.

With a reputation for quality, performance, and service it’s clear that ICON Vehicle Dynamics is the top choice for performance suspension systems and shock absorbers for the 2007-UP Toyota Tundra.