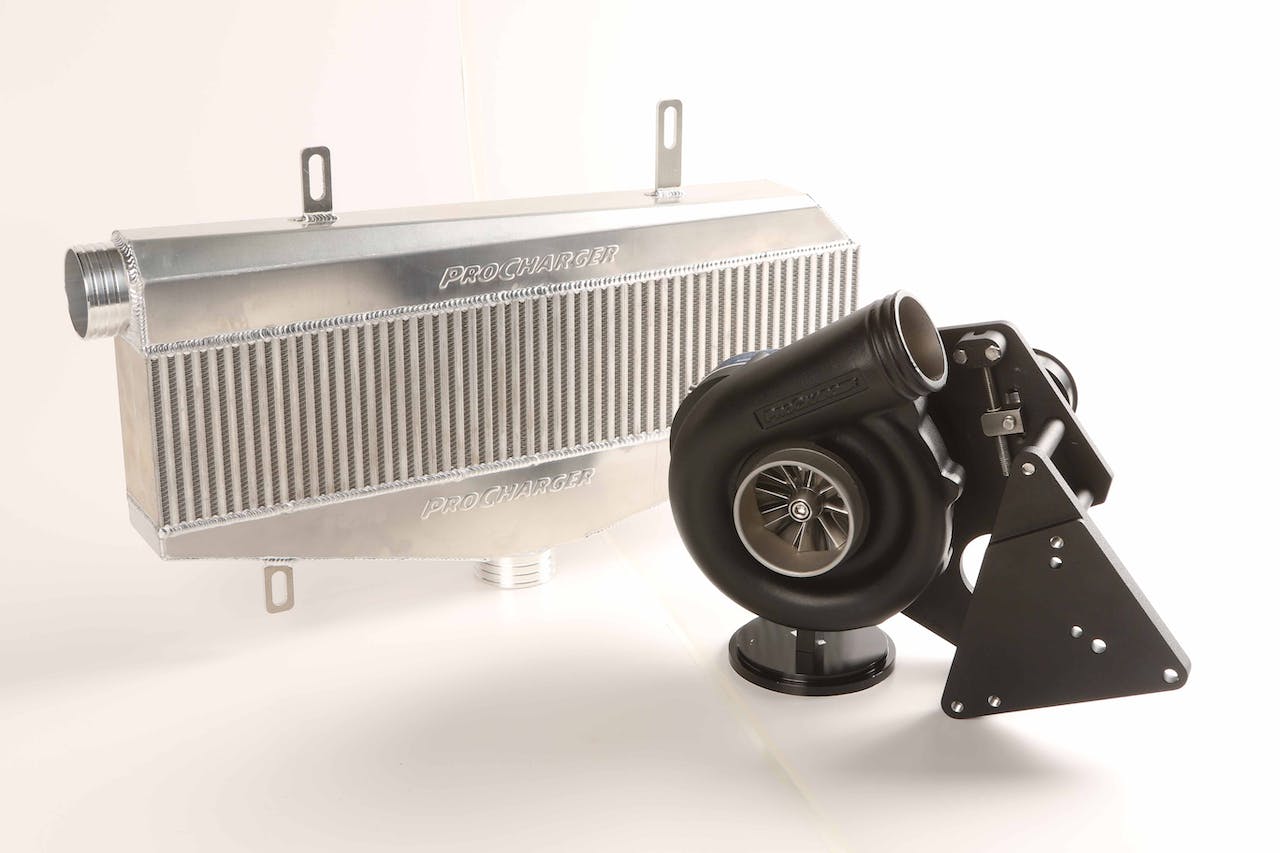 Expect horsepower gains of up to 55 percent on premium gas. Systems come complete with all the necessary hardware including a P-Series supercharger, tuning calibrations, intercooler, bypass valve, belts and step-by-step instructions.

ProCharger reports that its impellars use aircraft-grade 7075 T6 aluminum “allowing for larger impellers free of flaws typical in cast impellars. These structurally sound impellars are capable of high speed, which produce a reliable and efficient source of air.”

Headquartered in Kansas City, ProCharger has garnered over 30 patents in the past 20 years.