Don’t put the cart before the horse.

It’s an old saying you don’t hear much anymore but it still rings true today especially with the growing popularity of EVs, particularly as they make their way into Class 1 – Class 8 commercial segments.

Bigger vehicle classes demand more batteries which makes the question of the battery life cycle all the more important. Eventually EV batteries wear out and have to be replaced. And unlike lead-acid batteries, the more complex materials of cobalt and manganese cannot be so easily and efficiently recycled.

“Unfortunately, I’m sad to report that it’s not a very efficient process,” BYD’s Senior Sales Manager George Miller said last year at the Advanced Clean Transportation Expo. “Right now, they’re smelting these batteries and they’re getting out anywhere from 40 to 60 percent of the cobalt and the rest results in slag—a highly toxic output that is not very usable.”

Lackluster recycling results didn’t stop BYD from opening a battery recycling plant in Shanghai last year. Nor did it stop Volkswagen from recently announcing its own plans for battery recycling and repurposing. I’m not surprised following my interview with VW Group of America President & CEO Scott Keogh on the topic at the LA Auto Show in November.

“Battery recyclability. This is going to be the next pending issue without a doubt. Manufacturers need to come up with ideas,” said Keogh who mentioned that used EV batteries could be used for power storage at VW’s Electrify America charging stations (check out the rest of the interview below).

You might be surprised but when I’ve brought up the issue of EV battery recycling and second-life use with major industry players, including OEMs, I’ve too often been met with blank stares, conciliatory nods and zero substance. This makes absolutely no sense. The battery pack is one of the most expensive parts of an EV and it’s loaded full of materials that if not handled properly present serious safety and contamination issues.

So, it makes good sense to present a clear and effective business case covering these huge batteries from the point of mining to recycling, repurposing and slag storage. Ouch! Slag storage?! That’s the reality and that’s why some environmentalists oppose EVs.

“Look at my EV, ma! No more emissions messing with the planet! They even gave me this cool, green button with this smiling tree in the middle of it.”

“Oh, that’s nice dear. I’m sure the children in Africa who mined the cobalt for your battery are thrilled for you.”

“And I’m sure the slag emitted from your battery will find a happy home in some giant warehouse while science eagerly works on its redemption.”

“And I know Mr. Ed at the coal-fired power plant is thrilled to have you consuming much more electricity.”

“But ma—it’s got this cool Christmas light show it’ll do when I push this button.”

All kidding aside, EVs do hold great promise in reducing emissions, maintenance and fuel costs. Obviously, higher upfront costs, range, payload and towing capabilities along with charge times still pose concerns on the commercial side. And then there’s the batteries. Just what do you do with these huge, hefty, toxic things once they drop to 80 percent degradation?

At least some companies, like BYD and VW, are taking a serious, cradle-to-grave approach. And VW may have the best news yet. After using their repurposed batteries in portable EV chargers or a host of other power-hungry applications (the battery pack in the 2019 VW e-Golf can store as much energy as the typical U.S. household uses in a day), batteries will be recycled according to VW’s press release:

At some point, all batteries lose the ability to hold energy. That’s where a new project at the Volkswagen Group’s component plant in Salzgitter comes into play.

Salzgitter is expected to be the home of Volkswagen’s first center for electric vehicle battery recycling. Next year, the center plans to have an initial capacity to recycle roughly 1,200 tons of EV batteries per year, equal to the batteries from about 3,000 vehicles.

Using a special shredder, the individual battery parts can be ground up, the liquid electrolyte can be cleaned off, and the components separated into “black powder.” This contains the valuable raw materials cobalt, lithium, manganese, and nickel – which, while requiring further physical separation, are then ready for reuse in new batteries.

In the long term, Volkswagen wants to recycle about 97 percent of all raw materials in the battery packs. Today, it’s roughly 53 percent, and the plant in Salzgitter expects to raise it further to about 72 percent. Volkswagen expects the plant in Salzgitter to be followed in the next few years by further decentralized recycling plants. Given how many electric vehicles Volkswagen plans to sell, handling recycling internally will be a priority for cost and environmental reasons — even though it will be at least a decade before the battery shredders have much to do.

True. It will be a while before the chickens come home to roost, but in the meantime, expect to see a growing interest in battery recycling and repurposing. (I know of at least one person who plans on using an old EV battery hooked up to solar panels to power a new cabin in the woods). Even battery recycling, despite its current inefficiencies, is worth the investment given the rising costs of elements like cobalt.

“These efforts are growing rapidly,” Miller said. “It is economic to grow this.” 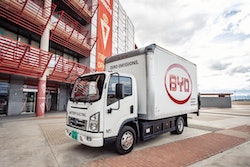 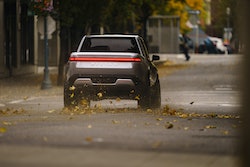 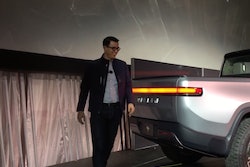