Those of us who are health-conscious make it a point to see our family doctor at least once a year for a routine check-up.  Such visits are part of preventive health care—a way to nip potentially big problems before they get a foothold.

One of the biggies in health is knowing cholesterol levels- both good and bad. That can’t be done without a blood test.

In a similar vein, the only way to keep an eye on a work truck’s engine is to have the oil analyzed. An oil analysis, especially on a used truck or one that you plan on keeping around for several hundred thousand miles, is to have periodic checks of the engine oil.

An oil analysis will give a lot of forewarning to engine wear and other issues that can spell big repairs down the road. Regular oil analysis can also save a lot of maintenance money by giving a very accurate assessment of oil degradation and how often it needs to be changed in each particular vehicle.

Amazing as it sounds, the price for such oil analysis is usually less than $20.

There are several companies around the country that specialize in engine oil analysis from those of the major oil suppliers to smaller independent labs.

To do this the oil sample you send them is burned in a control chamber and a beam of light passed through the vapor to identify the elements the oil contained.

Bill Herguth, Chairman and CEO, says those numbers are then compared to a “base oil sample” the customer has on file (or Herguth has in an extensive database) and the results given to the vehicle owner in a detailed printout within 48 hours of receipt of the sample.

When the lab knows the type of oil, the engine make/model, and number of miles, the report will tell you the significance of the data in relation to what parts of the engine are becoming wear concerns.

For instance, the sudden appearance of copper in a sample is a sure sign a rod bearing has lost some outer chrome and is in the early stages of failure.

Knowing this allows the owner to have rod bearings replaced in the near future instead of a very expensive crankshaft and overhaul if the problem went undetected.

Such is the value of a $20 mail-in oil analysis. —Bruce W. Smith 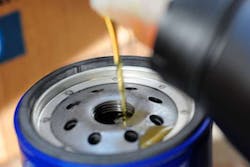 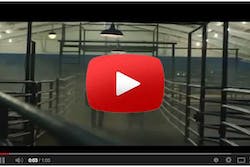 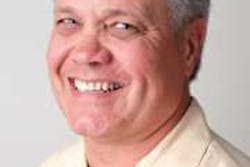 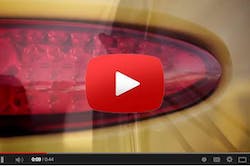