He warned about the growing power of federal agencies as the “fourth branch of government,” creating policy that should be left to Congress – except the continuing “dysfunction” on Capitol Hill has left a vacuum the executive branch and its bureaucrats are all too happy to fill.

“We have worked extensively with our elected officials to communicate our challenges and identify solutions,” Witcher said. “And in a time of a divisive Congress –and when regulators are eager to pass on new rules and regulations – we are called to protect your interests more than ever.”

He was preaching to the choir, of course. Those dues-paying truck dealers, just as with the active members of any trade association, were already well aware of the challenges the industry faces from burdensome regulations.

Now I’m not a libertarian purist who believes the free market will sort everything out and any regulation is a bad regulation and, ultimately, a threat to personal freedoms. But I do believe in bureaucratic momentum and mission creep – that regulatory agencies work hard to come up with more rules because rules keep them in business.

A landscaping contractor with a hard working pickup has little in common with a coast-to-coast freight mega-fleet, except for the notion of ‘truck’ – and that’s a stretch.

But to a federal agency, it could be the golden goose, the Holy Grail, the perfect regulatory target because, wow, it’ll take years and years to craft complex regulations to get these truck guys in line.

Yet, for all their zeal for the mission (they are, after all, from Washington and they’re here to help), too often they simply don’t get it.

As Witcher recalled, he and an ATD team paid a visit to members of the EPA and National Highway Transportation Safety Administration to discuss plans for the 2018 emissions regs.

The team had “worked hard on presentation,” but while Witcher felt sure the regulators has read the material, “we didn’t use it during our meeting – instead we had ‘a conversation,’” he said.

“We came away amazed by the lack of understanding about our industry which they are jointly regulating,” Witcher said. “Do you know they actually asked if a trailer came with a new tractor and why did trucks need to be so different from one another?”

Why did trucks need to be so different from each other? Playoffs?! Are you kidding me?!

Of course, as trucking has argued from the beginning of the Obama administration’s push to regulate greenhouse gas emissions, truck makers and truck buyers don’t need a nanny-scolding to work to improve fuel economy. (Although they’re just now recovering from the fuel economy losses brought on by the EPA NOx  regs, thank you very much.)

So while Witcher was indeed addressing true believers when he encouraged truck dealers to get involved with the political process, it doesn’t hurt to remind the choir that this is no time to let their guard down, even as the economy shows signs of recovery and everyone is anxious to get back to making a little money.

“There are lots of voices in Washington and around the country speaking out to hurt us,” he concluded. “The current and next generations need to work outside of the everyday tasks of operating our businesses.” 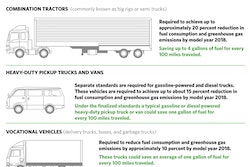 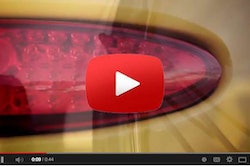 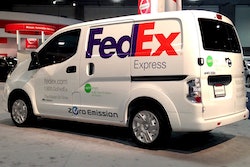 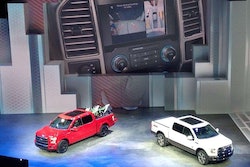