New York-based Ideanomics recently announced its $450 million acquisition of Utah-based VIA Motors which has committed to manufacturing all-electric Class 2 through Class 5 cargo vans, trucks and buses.

Founded in 2010 under the tutelage of GM EV1 guru, Bob Lutz, VIA Motors originally partnered with GM to produce plug-in hybrid pickups and vans for commercial fleets.

The company announced plans for even more extended range vehicles for fleets following its acquisition in 2018 by China-based OEM Zhejiang Geely which also owns Volvo Cars, Lotus, Proton and other vehicle brands.

But now their vehicle line-up online shows only all-electric cargo vans, a step van, a 30-passenger bus and their Class 2-5 skateboard platform. VIA also reports that its working with an autonomous vehicle technology company “to provide electrification of autonomous trucks for short-haul and mid-mile delivery.”

"This is a transformative deal for Ideanomics," said Shane McMahon, Executive Chairman of Ideanomics. "As we continue to grow into a leader in the commercial EV space VIA Motors adds valuable brand cachet and an exceptional manufacturing discipline to our portfolio. Bob's proven executive leadership has helped establish VIA as a market disruptor and we are excited to welcome him and his team to the Ideanomics family."

According to Nasdaq.com, Ideanomics got its start in China as a video streaming service before jumping into the EV business in 2019. McMahon, also a popular wrestler and shareholder in World Wrestling Entertainment, is credited as a co-founder alongside Chinese businessman Bruno Wu. 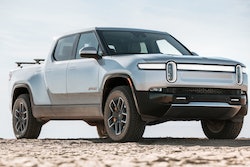 DMV fees for electric pickups are much higher than conventional 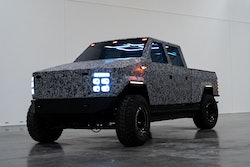