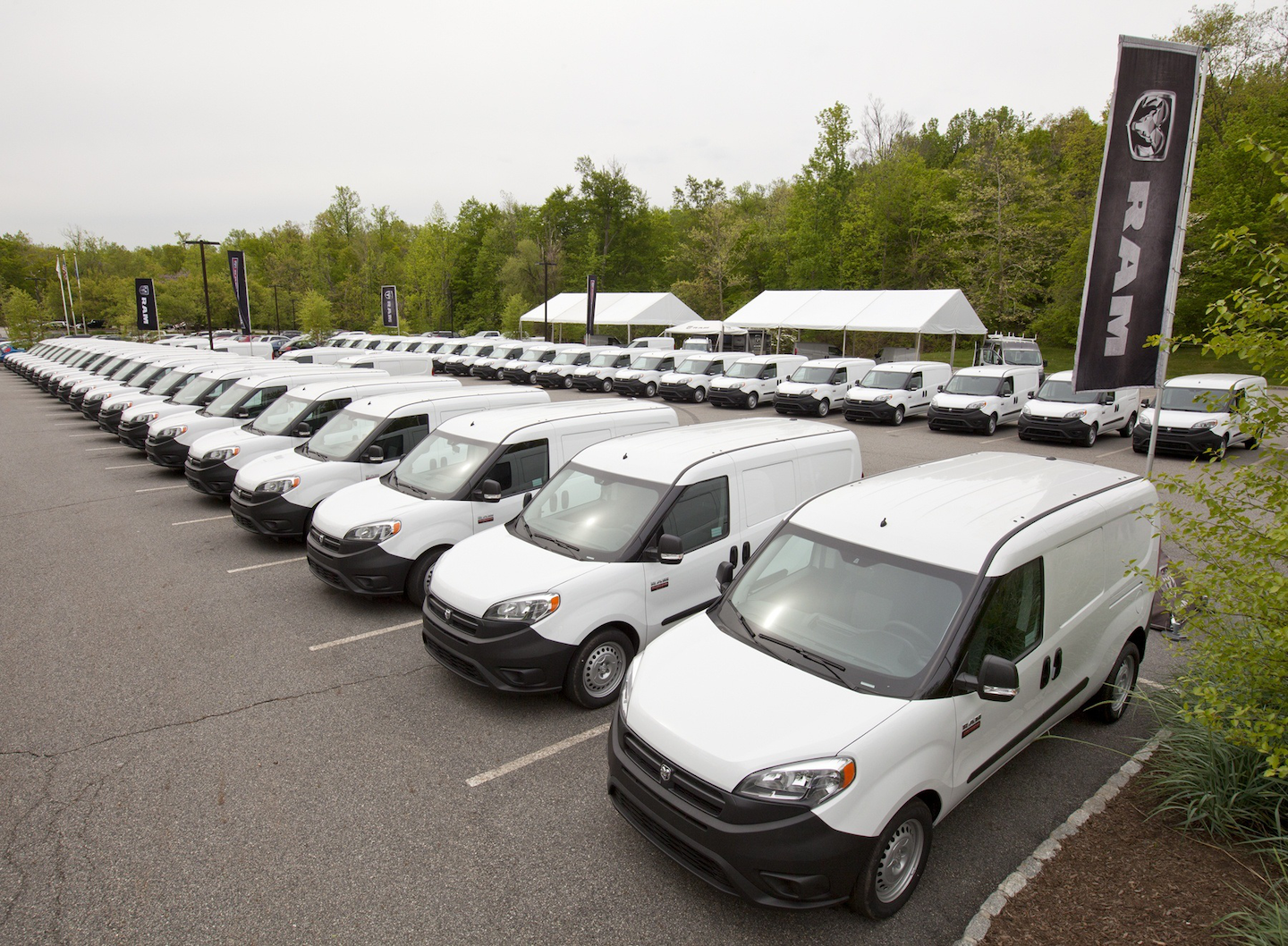 Ram Truck dealers from around the New York City area made their way to Pearl River, N.Y., this week to load-up on new Ram ProMaster City vans.

The Ram Commercial Truck brand hosted a one-day dealer drive-away event for the popular new ProMaster City van. From there, dealers will head head back to their stores with dozens of small vans destined for all sorts of small businesses – from caterers to locksmiths.

Available in Tradesman cargo or five-passenger Wagon variations, the Ram ProMaster City is based on the successful Fiat Doblò, a two-time International Van of the Year winner with more than 1.3 million units sold. Ram reports that the Class 1 entry incorporates familiar Ram design elements and offers features, systems and powertrains preferred by North American customers.