Football fans won’t have much to distract them from weekend chores for a few months, so this Fun Trucks Friday sports special is for them. Let the games begin.

Snowtime: If you’re watching the Winter Olympics from Sochi, Russia, over the next 10 days or so, you’ll likely notice, during the non-event coverage of goings-on about town, a large number of vehicles with the familiar VW badge.

That’s because Volkswagen Group is an official sponsor. And to kick-off publicity for the quadrennial winter-sports shindig, Volkswagen organized a little trans-Siberian event of its own featuring a trio of purpose-built Polar Expedition Amaroks.

And a beefed up truck was essential for such a trek: 16,000 miles from Moscow to to the tip of the far southeastern Kamchatka peninsula, including a turn north into the arctic with plenty of off-roading through the snow along the way. An upgraded turbo-diesel powerplant, heavy-duty shocks and suspension, blimp-sized knobbies, spotlights that’ll hit the moon mounted on a rollcage that’s as stout as a peasant babooshka – it’s all there.

The Guinness Book of World Records signed off on the route, which took a couple of months, as the longest within a single country. More about the expedition is on the official site, but you’ll need a German dictionary. Or you can just watch a video to get a good look at the trucks, and appreciate that your winter could always be worse.

The punchline: Smith had one already.

Gone South: If football’s over, it must be time for baseball players to get off the couch. That means loading up everything a ballclub needs to get in shape and taking the gear to warm weather training facilities in Florida and Arizona for six weeks or so.

For starters, that’s 2,400 balls and 1,200 bats. Throw in unis, caps, gloves, spikes, golf clubs for the pitchers and coaches, athletic tape, creams, salves, bandages, aspirin by the barrel … and pretty soon you’ve got a trailer load.

Pitchers and catchers report next week.

Start your engines: If baseball players are headed to Florida, then it’s also time for NASCAR and the grand tradition of green-flagging the racing season not with a warm-up whimper but with the biggest bang of the season: the Daytona 500.

The trucks will run on Friday, Feb. 21, followed by the Nationwide race on Saturday and the Sprint Cup main event on Sunday.

For a detailed look at the body changes for the 2014 NASCAR Camping World Truck Series season, click on the image and join Michael Shelton, crew chief for Ben Kennedy, on a garage tour and truck walk-around. 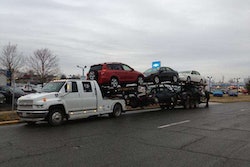 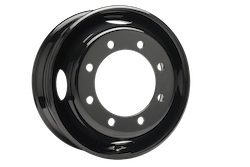 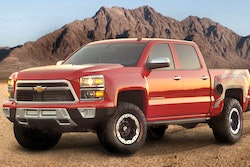 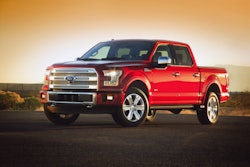