With approximately 25,000 square miles of land, the Navajo Nation controls three times the amount of land as the next largest tribal group.  And with the land spread out in parts of Arizona, New Mexico and Utah, it’s up to the Nation’s own utility department, the Navajo Tribal Utility Authority (NTUA), to keep power, water and gas flowing in an uninterrupted fashion.

For Jimmy Bekis, NTUA’s transportation superintendent, that means a fleet of 80 Class 6-8 trucks domiciled at seven locations, with the main hub being Fort Defiance, Ariz.  “We have more than 34,000 electric customers and a lot of territory to cover,” he said.  “So maintaining the power lines is a big job with about 70 percent of the roads we travel being ‘off-road.’”

To ensure its trucks can navigate the rolling, and often hilly terrain in various weather and road conditions ranging from bone dry, to mud, to snow-covered, NTUA chooses all-wheel drive as its standard spec.  The Nation’s latest order of vehicles has been Kenworth T370s in both 4×4 and 6×6 configurations. The trucks were purchased through Inland Kenworth’s Farmington, N.M. location.

“Two of the 6x6s are being used as pressure diggers,” said Bekis.  “They’re units with augers powered by an auxiliary engine in the rear of the truck.  We use those to drill holes for power line poles.”

According to Bekis, the weight of that equipment and the off-road conditions the Nation encounters requires the extra weight hauling capacity and traction the Kenworth T370 6×6 offers.  “It’s working well in the field and really doing the job nicely,” said Bekis.

The T370s in the 4×4 configuration are equipped for various service, including work as aerial bucket trucks, digger derricks, and as dump trucks (5-6 yard capacity) with hitches to pull service trailers.

With mileage targeted at about 24,000 miles a year, the Kenworth T370s will be on the job for a number of years.  According to Bekis, experience with Kenworth’s T800 gives the Nation confidence that the T370 will stand the test of time.

“We’ve had great success with the T800s and even have a 1996 T800 still in operation,” said Bekis.  “Reliability and durability are important to us and the Kenworths have delivered.” 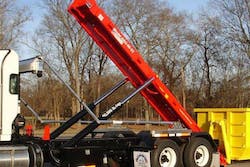 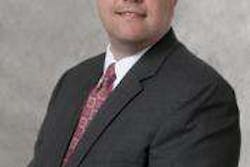 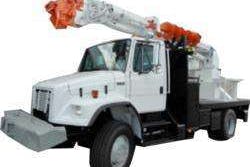 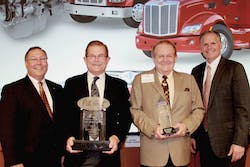