A high-speed chase in Southern California got a lot more interesting when a box truck driver took action and brought the pursuit to a quick end.

Video below shows a driver in a rented box truck from Suppose U Drive pinching off a black Honda that police had been chasing on State Route 60 following a burglary in Chino Hills, according to nbclosangeles.com.

An employee with Suppose U Drive was watching the action unfold on live TV on when the Honda exited the highway and got slowly sandwiched between the truck and the guardrail. As you’ll see below, the car was squeezed to a stop and lost its door in the process. Deputies with the San Bernardino County Sheriff’s Department swooped in and arrested the three burglary suspects inside.

Suppose U Drive took it all in stride and wrote on their Facebook page:

“When we’re not moving your business forward, we’re crime fighting 😎. In all seriousness, we’re glad this situation ended without anyone getting hurt and, as always, a huge THANK YOU to law enforcement for keeping us safe👏” 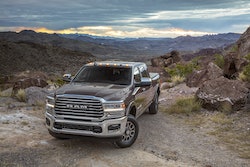 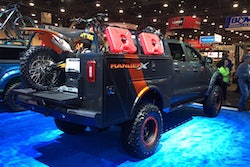 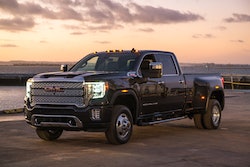