All-electric F-150 test mule may have been spotted

It appears an all-electric F-150 mule may have been photographed at a Ford development center, according to Fox News Autos.

In the photo below a large cord is seen running from what looks like an EV charger to the truck’s front bumper.

Ford recently announced that it would be producing all-electric F-Series trucks including its best-selling F-150. Other than that, Ford won’t offer any other details as far as roll-out dates and specs.

With Rivian making waves about its 400-mile range R1T pickup, Ford undoubtedly will have to offer up something comparable and hopefully at a more affordable price point. The 400-mile, 180kWh variant of the R1T will start at roughly $90,000. Two other versions with less range—135kWh at 250 miles and 100kWh (range not specified)—will be offered. The 100kWh model is expected to start at $61,500 after a Federal tax rebate. Rivian will be producing the R1T and its SUV sibling, the R1S, at its plant in Normal, Ill. Rollout is expected in the second-half of 2020.

Ford is no stranger to EV pickups. The automaker once offered fleets an electric Ranger for model years 1998-2002. Some of the vehicles are still on the road. Reports suggest that between 1,500 and 1,700 units were made.

What are the advantages of an all-electric pickup? Rivian CEO RJ Scaringe explains in the video below. 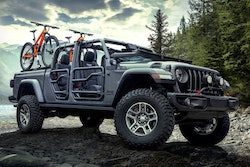 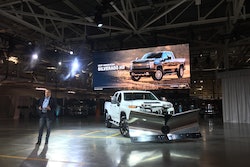 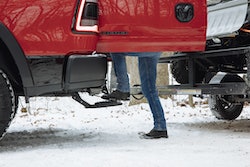