Ford’s investigation found that some front seat belt pretensioners can generate excessive sparks when they deploy. When sufficient sparks are present, gases exhausted inside the lower portion of the B-pillar by the pretensioners may ignite. If this gas ignites, components behind the B-pillar such as insulation and carpet may subsequently catch fire.

NHTSA reports on its website that its Office of Defects Investigation (ODI) has received five Vehicle Owner Questionnaires (VOQs) alleging fires resulting from activation of the ZF TRW or Takata seatbelt pretensioner during a crash in model year 2015-2018 Ford F-150 vehicles. Two fires self-extinguished, while the other three vehicles were totally destroyed by the fire.

In a press release, Ford states that it’s aware of 17 reports of smoke or fire in the U.S. and six in Canada. Ford is not aware of any accidents or injuries related to the incidents.

Ford will notify owners, and dealers will remove the B-pillar insulation material and wiring harness tape and install heat resistant tape, free of charge. The recall is expected to begin September 24. Owners may contact Ford customer service at 1-866-436-7332. Ford’s number for this recall is 18S27.

This article was updated from an earlier version. 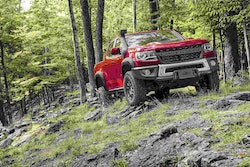 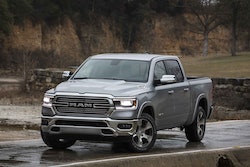 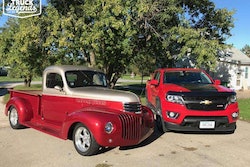 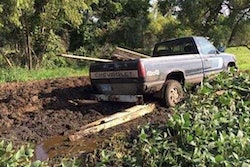