It’s hard to make a clean getaway when you’re stuck in a massive pile of manure.

The Stearn’s County Sheriff’s Office in Minnesota reported that 29-year-old Allen Bloomquist got a four-wheel-drive Chevy pickup stuck in manure this past Wednesday after stealing lumber and other items from a nearby shed.

Bloomquist and an accomplice even tried placing some of the lumber they had stolen under the tires in the hopes of getting some extra traction. No such luck. The owner of the shed called the sheriff to tell them that the would-be thieves were still on his property. Bloomquist’s partner ran off leaving him behind to face deputies.

“When deputies arrived, they found a man standing on the side of the road, smoking a cigarette, covered in manure from his waist to his shoes,” the sheriff’s office reported on Twitter.

Bloomquist was arrested and charged with burglary and possession of stolen property. The arresting deputy tried his best to cope with the heavy smell of dung.

“Before bringing Bloomquist to the booking area, Deputy Pogatshnik stopped at the squad garage and made use of the water hose to remove some of the manure,” the sheriff’s office wrote.

“The trip to the jail was made with the windows open. As of Thursday, Deputy Pogatshnik reports his squad windows are all still open and he doesn’t have enough Febreeze to combat the aroma.” 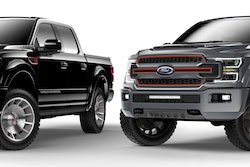 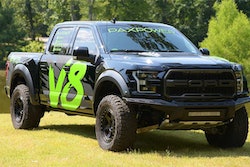 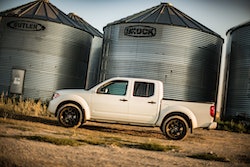