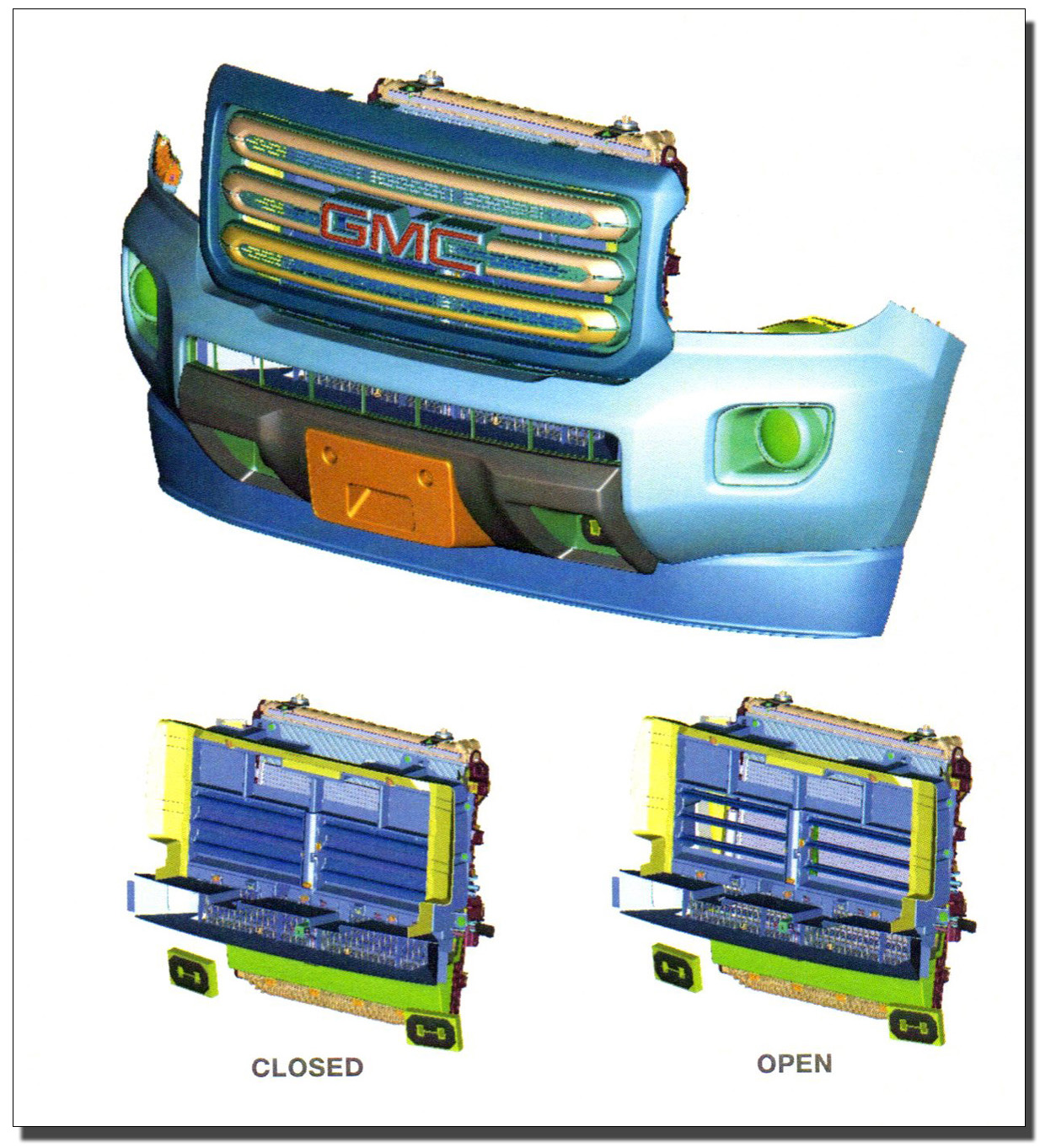 Colorado and Canyon Close Off Grilles To Gain Fuel Economy

You won’t see them working and they don’t make any noise when they change from closed to open and vice versa.

But the shutters behind the grille of 2015 LT/Z-71 Colorado and SLE/SLT Canyon mid-size pickups automatically open and close to route air according to where the cooling flow is best suited.

What you do see is better highway fuel numbers when the shutters close.

“Active Aero Shutters,” as they are referred to, have been used in several of the latest GM cars, including the Malibu and Cruze, to improve aerodynamics, and thus, fuel economy.

The new Ram 1500s also use the same technology.

Active Aero Shutters primary function is to divert airflow around the front of the truck at speeds greater than 55mph according to GM’s aero engineers.

This change in frontal air flow reduces wind drag and, as a result of the engine not having to work as hard to move the truck through the air, improves fuel economy. 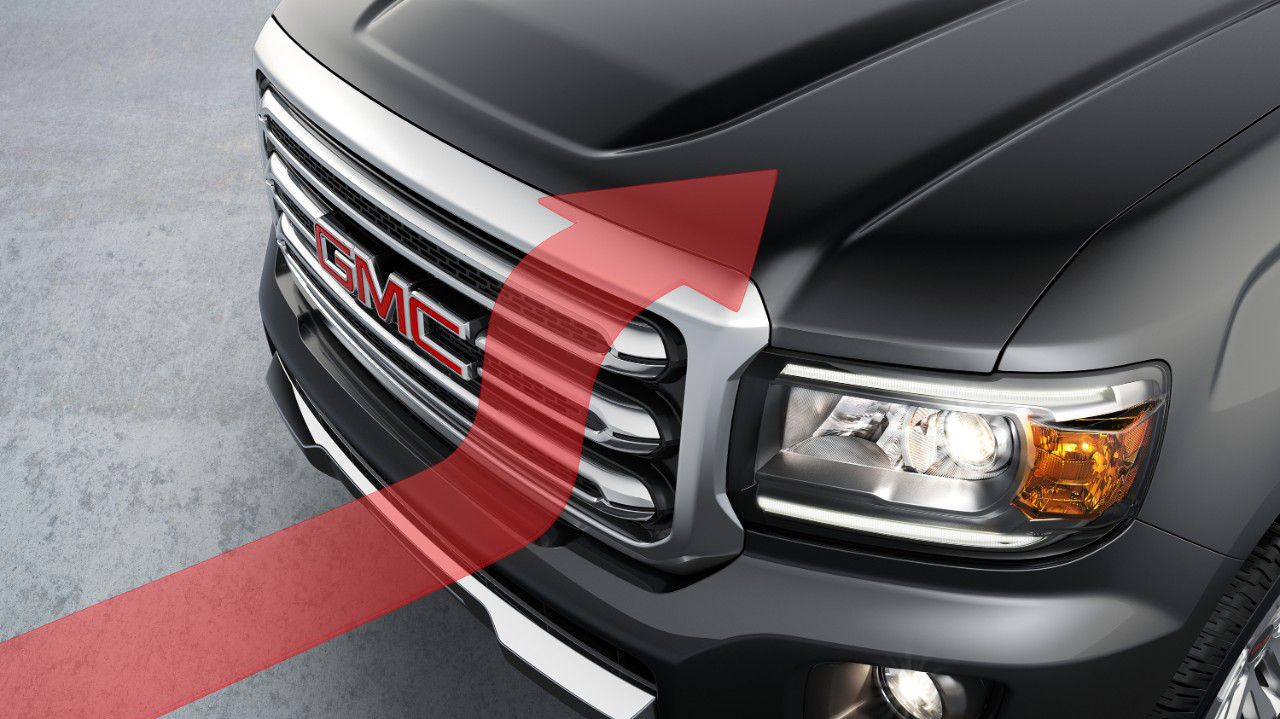 GM redirects airflow around the front of the new Colorado and Canyon to reduce drag and improve mpg at highway speeds.

When the onboard computers sense engine and transmission temperatures rise above a certain threshold, as when towing, the shutters automatically re-open.

This allows air to flow freely through the Colorado and Canyon upper and lower grilles and over the cooling surfaces of the radiator and coolers that sit behind the grillwork.