Ten years ago about the only people buying full-size pickups with V-6s were big fleets that had drivers constantly on the road with very little towing involved, or smaller contractors who just wanted a cheap truck for basic work transportation.

Of course, a decade ago pickup V-6s were anemic in power and not much better in fuel economy than their V-8 counterparts. So there wasn’t much incentive to stay with the base engines at the time.

They incorporate high-tech designs such as direct-injection, cylinder deactivation and variable-valve timing, making as much horsepower and torque as smaller V-8s of just a couple years ago – and without the added purchase and maintenance costs.

Today’s pickup V-6s are are a good buy for anyone who wants ½-ton pickup capability with excellent fuel economy.

The 3.6L, which is available in the Tradesman and mid-trim-level models, comes with the new 8-speed automatic and gives the Ram 1500s up to 7,450 pounds of towing capacity. Driving it feels better than the Dodge 290hp 4.7L V-8 it replaced.

The other pickup manufacturers also have strong V-6s in their powertrain line-up. GM’s 302hp 3.6L V-6 coming out in the 2015 Colorado/Canyon is a rock-solid, high-revving power maker.

Then there’s GM’s new EcoTec3 V-6s that lay claim to the most torque and highest towing rating of any standard V-6. The 4.3L cranks out 285 horsepower and 305 lb.-ft. of torque.

Toyota’s V-6 is nothing to sneeze at, although it’s now taking up the backseat in the performance category. The 4.0L makes 270hp and 278 lb-ft torque with an EPA rating of 16 city/ 20 highway for 2WD Tundra models. – Bruce W. Smith 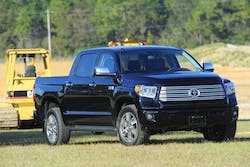 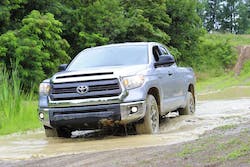 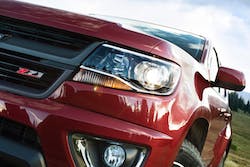 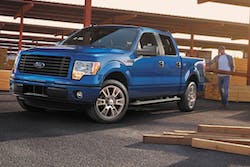