When Ford stopped production of the Ranger at the end of 2011, there was heavy speculation that GM would follow suit, ending the Colorado (Chevy) and Canyon (GMC) and leaving mid-size pickup sales to Nissan and Toyota.

Instead, GM is bucking the mid-size pickup tide by the next-gen trucks around the world with 2014 diesel models already rolling out of dealer showrooms in Australia and Europe.

It’s clear GM isn’t going to let Toyota and Nissan corner that market here in the U.S., either.

GM plans to bring the North American versions of the Chevy Colorado and the GMC Canyon in to dealers the latter part of 2014 or early 2015.

That plan is taking shape with General Motors announcement that the company has made a $133 million investment to its Wentzville Assembly and Stamping plant in Wentzville, Missouri, adding a third stamping press to increase manufacturing flexibility.

This investment adds to the $380-million investment announced in November 2011 to update the Wentzville plant to build the smaller trucks as well as other vehicles.

Wentzville currently produces GM’s big cargo and passenger vans. However, GM’s investment will add space for mid-size production, which GM has hinted will be so different from previous versions that a new name may be in order.

This investment appears to be the right move for GM, as continuing to offer a smaller pickup is sure to attract business owners of landscaping and construction companies looking for ways to reduce operating costs for trucks used for the lighter-duty work and commuting needs.

The Chevy Colorado is predicted to deliver 30- to 35mpg and may be offered in a diesel version, according to 2014 Chevy Colorado, a website dedicated to details and photos of the new pickup.

GM’s expansion on the Wentzville plant shows their confidence the next-generation Colorado/Canyon will be very competitive with the Toyota Tacoma, which accounts for 70 percent of small-truck sales in the United States, according to USA Today.

While there is no clear indication of what the pickups will look like, it is clear that GM’s investment won’t go unnoticed. 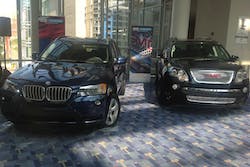 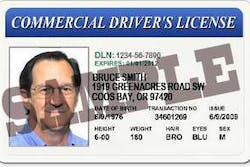