The American Petroleum Institute’s (API) next generation engine oil categories – FA-4 and CK-4 – hit the market three years ago, boasting improvements in engine wear protection and fuel economy over the lubricants they were developed to supplant.

Compatible for virtually all models of diesel engines and a more direct replacement for prior generation CJ-4 oils, CK-4’s proliferation into the market has been fairly widespread. However, developed specifically for 2017 model year and newer engines, FA-4 has been slower to filter into the market.

Chevron North America Commercial Sector Manager James Booth called the slow migration toward FA-4 “a little disappointing” but Shell Lubricants OEM Technical Services Manager Stede Granger noted oil manufacturers expected it would take time for trucks that require FA-4 oils to make their way into fleets. He added that the product has taken longer to build a customer base is no surprise given that potentially not every truck in a fleet could use it.

“It has been a slow progression and some fleets will not use FA-4 oils until a majority of their fleet requires the oil,” he said, adding that testing of Shell Rotella FA-4 oils has increased. “With trucks in a fleet for about five years, many of the older trucks are still being phased out and we expect the use of FA-4 oils to increase.”

Freightliner and Western Star trucks in North America are factory-filled with FA-4 oils, and Detroit engines going back to 2010 EPA-complaint engines have been approved to use it. Paccar, Volvo and Mack have yet to sign off on FA-4, but the latter two are developing a new VDS-5 specification, which Granger said will likely incorporate the FA-4 specification and make the oils applicable to their trucks.

“This will help the industry continue to move towards and adopt FA-4 oils as newer engines and specifications become a larger proportion of the market,” added Darryl Purificati, OEM technical liaison for Petro-Canada Lubricants.

Cummins, in its X15, and Navistar, for its A26 engine, have also approved the use of FA-4 oils.

“I think it all depends on hardware, field test experience, engine designs and internal testing,” ExxonMobil Commercial Vehicle Lubricants Applications Engineer for Paul Cigala said of growth in the use of FA-4 formulas.

The slow migration to FA-4, lubricants which are blended to thinner viscosity grades to boost fuel economy and lower emissions compared to CK-4 oils, is not unlike that of CJ-4 10W-30 oils earlier this millennium in that its adoption will take time “as units are replaced with assets that have more fuel efficient powertrains,” Purificati said.

“The transition to FA-4 engine oils is a step change for the heavy-duty industry,” he added, “and it follows the widespread adoption of CK-4 engine oils, which was arguably the largest industry change in 10 years.”

Navistar was the first to start to factory fill with 10W-30 in 1998, with Volvo following a decade later, but Booth said most OEMs didn’t start until 2013.

“It was then two years later where we saw most large fleets adopt 10W-30,” he said. “By comparison FA-4 is seeing higher adoption. Today, Detroit is the only OEM factory filling with API-FA-4, but because of their large market share, that represents 35%.  We anticipate FA-4 will represent 54% of the factory fill market in 2020 as other OEMs endorse FA-4.”

“This time, unlike the transition to 10W-30 oils, wear protection is not a concern to the customer,” Cigala added, noting another contributing factor to slow adoption is that FA-4 oils are not approved for use in reefers or APUs. “Once the reefer and APU piece is taken care of, fleets will slowly adopt FA-4 oils. The big thing is fleets don’t want to stock two engine oils in their shops for the chance of misapplication by techs and drivers, and the inability to purchase FA-4 oils on the road.”

While the number of heavy-duty trucks with engines approved for API FA-4 is relatively high, Booth agreed fleets have been reluctant to stock an oil not approved for all their units.

“What we have seen in practical terms is that if a fleet of 100 has just one engine not approved for API FA-4, they will not adopt FA-4,” he said.

In somewhat of a twist of fate, Booth said many of the fleets currently adopting FA-4 oils were early adopters of 10W-30.

“They typically are fleets accumulating high mileage per unit (and therefore have high fuel costs),” he said, “and their fleet truck age is 2-4 years. 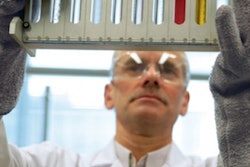 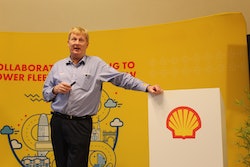 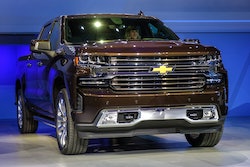 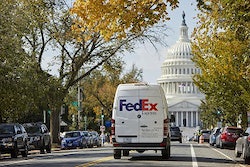