Meritor announced today that it has 22 electrification programs with global OEMs that is expected to put at least 130 fully electric medium- and heavy-duty commercial trucks on the road through 2020.

“These emission-free solutions offered under Meritor’s Blue Horizon technology brand have the potential to transform the industry by meeting the rising global demand for clean, electric-powered drivetrains that we believe will deliver a high-efficiency solution that greatly reduces the total cost of ownership for our customers,” said John Bennett, vice president and chief technology officer for Meritor. “These programs position Meritor for future growth in an emerging industry segment.”

Meritor reports that in the first half of 2019 a major fleet will begin operating the first of six medium-duty Peterbilt Model 220EV Class 6 P&D trucks equipped with Meritor’s 14Xe electric drive systems and fully integrated subsystems from TransPower, a leader in electrification technologies for large commercial vehicles. In 2017, Meritor announced a strategic investment in TransPower.

Meritor’s eCarrier platform integrates an electric motor into the axle, freeing up space for batteries and other components. This flexible design is the foundation for various drivetrain configurations, including full electric, hybrid and single or tandem axles with various options based on product application for Class 5 – 8 vehicles.

Among the 130 commercial vehicles expected to be placed into service by 2020, 60 of these trucks received funding from the California Air Resources Board as part of a broader effort to reduce carbon emissions in freight facilities.

In addition to the truck applications, a prototype school bus outfitted with Meritor and TransPower electrification solutions has been exceeding expectations during testing in Escondido, California since late May. Testing includes climbing steep grades, stop-and-go at low speeds, off-road and freeway driving as well as heavy-load hauling on rural roads.

“Several large customers have come out to see and ride the bus, and their comments are very complimentary from ride comfort, noise, vibration and harshness, acceleration, top speed and design simplicity standpoints,” Bennett said. 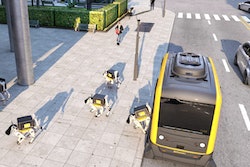 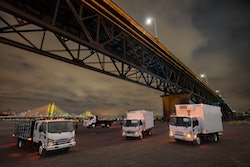 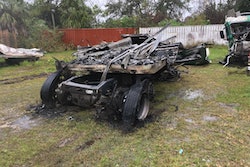 More details emerge on deadly I-75 accident in Florida 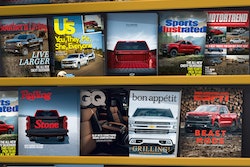