Tom Quimby (HWT)
Apr 20, 2022
Achates Power and Aramco showed up at the Detroit Auto Show a few years back with their fuel-sipping 2.7-liter opposed-piston engine. That engine has since gradated to gasoline compression and a 40% reduction in weight. Hoping that ACT Expo will eventually play host to this and Achates other major work like their near-zero 10.6-liter diesel.
Achates Power

While I don’t expect to see 1980s TV icon BJ McKay and his best friend Bear showing up at the Advanced Clean Transportation (ACT) Expo next month in his 1980 Kenworth K-100 Aerodyne cabover, I certainly hope to see more oil burners on display given the great strides the industry’s made in slashing emissions while improving fuel economy in the nation’s most important workhorse.

Last year, Shell made the trip once again to Southern California at the Long Beach Convention Center in their diesel-sipping Starship long-hauler. This time they had brought Starship 2.0 and were eager to share test results verified by the North American Council for Freight Efficiency.

Following the same route that Starship 1.0 took in 2018 from San Diego, Calif. to Jacksonville, Fla., Starship 2.0 saw a nearly 21% gain in fuel economy at 10.8 mpg compared to Starship 1.0’s 8.94 mpg. Average fuel economy for a Class 8 North American tractor-trailer is 6.4 mpg, according to Shell, which is roughly 40% lower than Starship 2.0. Isn’t that something to cheer about?

Diesel news got even better when Achates Power announced performance numbers this week for the nation’s first near-zero oil burner that meets CARB’s 2027 emission regs. The University of California, Riverside used its Portable Emissions Measurements Systems (PEMS) on the Walmart-owned Peterbilt 579 to see just how green Achates’ 10.6-liter opposed-piston two stroker can be.

“The PEMS measurements conducted by UC-Riverside for CALSTART on the Peterbilt 579 powered by the Achates Power 10.6-liter heavy-duty opposed-piston engine demonstrated NOx emissions control far better than other diesel engines we have tested,” said Kent Johnson, principal investigator of emissions and fuels research at UCR. “This first round of measurements performed over 3 days in December 2021 in the California San Joaquin Valley with ambient temperatures in the mid-40s °F while the vehicle was in active fleet operation showed between a 99% and 50% margin to the most stringent EPA 2031+ in-use NOx proposed Regulations, which is outstanding.”

Let’s not forget that the two-stroke, opposed-piston engine had long been written off as a heavy polluter better left to carry out its final days in marine service. Thankfully, the Achates team saw things differently and for the last 18 years kept working until they arrived at near-zero emissions in a two-stroke diesel…again, a two-stroke diesel. Flash that applause sign please!

Always interested to get Diesel Technology Forum’s take on things, I reached out to DTF Executive Director Allen Schaeffer to see if he thought Achates would be a good fit at ACT. After all, this is a forum that’s dedicated to showcasing all-electric, fuel cell, natural gas and propane as the next gen clean powertrains—not diesel. Not everyone agrees with that.

“If you truly care about emissions reductions and decarbonizing then ACT Expo should absolutely welcome Achates at ACT Expo,” Schaeffer said. “You do kind of feel sometimes like that is a closed environment. Remember, not all trucking occurs in the California-land!”

Naturally, I had to ask Achates CEO Dave Crompton if they planned on attending ACT Expo to show off diesel’s best advanced clean transportation powertrain.

“We're just starting to get these demonstrated results and so we've got to figure out what we want to do with it from here,” Crompton said. “This is a small company, laser focused on improving the technology and not so much on investing on the marketing side right now. We're spending all of our time finishing the demo programs, buttoning up the research and looking for partners that will take it to market, so we're not doing a tremendous amount of promotion right now.”

The choice not to take their 2.7 and 10.6 is understandable. Hopefully that will change next year. After all, industry giants have pointed out how internal combustion keeps advancing and will be here for decades to come.

Cummins, Eaton and Tula’s work on cylinder deactivation and further developments in aftertreatment also keep diesel humming along with strong improvements in emissions and fuel economy. Aerodynamic enhancements like those found on Starship also reduce time at the pump. Let’s also not forget the growing market of biofuels like renewable diesel and biodiesel which kick up a fleet’s green score by simply filling up the tank.

But opposition can sometimes rise to blind and brash ignorance where reason is kicked to the curb. I attended ACT Expo in 2019 when now defamed Nikola founder Trevor Milton announced to a packed audience, “Hashtag, diesel is dead. We’re tired of it.”

On the contrary, the nation’s most popular workhorse is expected to continue delivering goods around the country for a long time to come and it will be doing it so much more efficiently that Schaeffer can’t help but wonder if ICE will ever be permanently benched.

“I absolutely think we’ll still have internal combustion engines in the 30’s, 40’s and even beyond,” Schaeffer said. “We might settle into a place where we optimize fuels and technologies based on locations and sectors. And that would mean just like battery EVs take over fully last mile that ICE are there for the long-haul, and they are using specialized fuels even.

“Perhaps like the ocean-going container ships now, they burn a lower grade bunker fuel in transatlantic then 200 miles out they switch to ULSD,” Schaeffer continued. “There is no normal anymore it seems—no normal engine displacement, no normal transmission, etc. So we need to think outside the box and Achates is outside the box.” 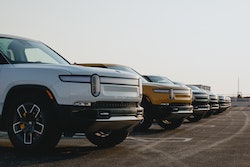 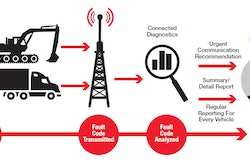 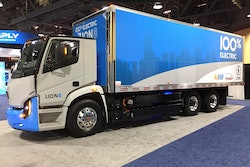 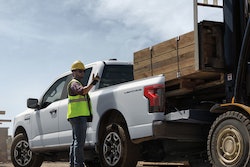