What do I think of the 2015 F-150 after seeing it at the Detroit Auto Show? Impressive.

Raising the bar with each succeeding model year has been an ongoing competition between the Big Three from day one in the pickup world.

Yet advances in technology and design in the past few years have escalated to a new level where pickup buyers might be kicking themselves for not waiting to see what “next year’s” model brings to the table before making a purchase.

Ford is playing smart with the 2015 F-150. Offering two EcoBoost engine options could give them a performance edge over both GM and Ram Truck in both the small-displacement [gas] power and MPG battle. (Ford hasn’t released any numbers to date on the new truck’s performance.)

These small EcoBoost engines, with high horsepower and high MPG, are an ideal [gas] option package for fleet owners that need a pickup for light duty towing/hauling – or consumers needing a pickup that can handle daily commutes and towing the toys on weekends.

And to go along with the new engine options, an all-aluminum body that shaves up to 700 pounds off a comparable 2014 model is a huge advancement in pickup technology. It’s a design/engineering hurdle I never expected to see in pickups.

While Ram and GM pickups seem to be getting heavier, Ford jumped on the automotive Weight Watcher diet by shunning steel. The F-150’s lighter body brings with it more load carrying and trailer towing capacity, and therefore, should contribute to significant improvements in the 2015 model’s MPG numbers.

The new F-150 can also compete with Ram 1500s on interior space now that it has a wider interior. It’ll also compete well with GM 1500 Double Cabs because the new F-150s rear doors now open backward almost flush with the cab. The flat rear floor is also a small cargo-carrying advantage over GM 1500s.

But the interior is also where I feel Ford missed the mark on the premium level; while they utilize wood inlays and premium leather seats, there’s too much hard plastic on the dash and doors.

The interior, while very nice, doesn’t give me that “rich” sense when I look forward and to the sides. My first impression is it’s not as well done as Ram’s Longhorn or Silverado High Country. But I we don’t get to see the final product until later this year. That’ll be the true comparison.

What is clears is the 2015 F-150’s other refinements, such as deeper front door windows for better visibility, electric opening tailgate, and Ford-designed accessories for the bed, make the current [2014] model look almost obsolete by comparison.

GM and Ram Truck could take a clue from the F-150’s front door window design. (Pickups have inherent blind spots and anything the OE can do to make visibility better is a plus.)

From the working man’s perspective, the 2015 F-150 is still a tool: It will do the same job as the previous model but with less effort, does it more efficiently, and brings with it a lot more comfort and occupant safety.

In my opinion, all wins in the pickup manufacturer’s ongoing oneupmanship contest. 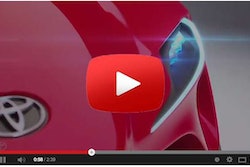 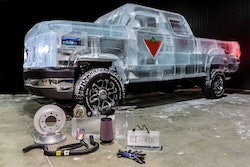