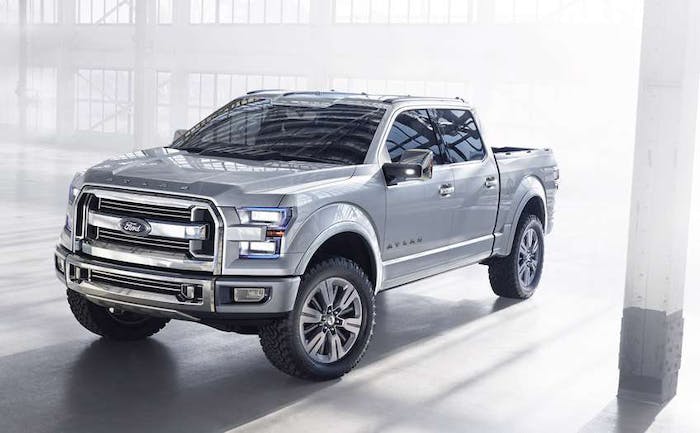 Add my vote to the “Big Win” column if you’re keeping score on the prospects for the aluminum Ford F-150, announced this week at the North American International Auto Show.

HWT’s pickup expert at the show, Bruce Smith, opened the debate with his “Big Win or Big Bust?” column and his cautious “time will tell” decision.

But, as a big time authority on all things pickup, Bruce won’t jump to conclusions: He’ll take a test drive and put a truck through its paces, analyze its specs, measure performance, get a “seat of the pants” sense from behind the wheel.

And then he’ll come back and do it again to make sure.

I, however, am unencumbered by the need for pesky details like hands-on experience in such matters.

I trust my wife’s cooking, no questions asked, and I trust the big brains at Ford not to screw up the F-series gold mine: Ford makes about 10 grand on every one it sells, totaling about $7.6 billion last year in the U.S., according to industry estimates.

Sure, there’s been plenty of “don’t mess with success” chatter. That’s understandable for cautious and concerned Ford truck fans, but a lot of the criticism comes from those whose favorite trucks are stamped with another emblem. And they’re hoping for the worst.

(There’s a whole area of psychology devoted to the ways people make the world fit with their idea of how things should be, and the reality distortion field is particularly strong when it comes to college football teams and truck brands. But since HWT readers use trucks to make money, I’m certain buying decisions are more about leveraging capital than logo loyalty – right? Right?)

Anyway, the use of aluminum in cars and trucks is inevitable: It’s light, it’s strong, and it’s easily recyclable. The immediate upside is the weight savings, and the corresponding improvement in fuel economy.

Sure, there will be some growing pains: in production, maintenance and even in acceptance. And the real fear: “What didn’t we think of?” That’s always the price of innovation.

Again, Ford has done the spreadsheet projection (along with sneaking a few test models into customer fleets, or so the story goes) and they’re prepared.

“You’re either moving ahead and you’re improving and you’re making it more valuable and more useful to the customer or you’re not,” Ford CEO Alan Mulally told The Associated Press in a recent interview.

Mulally, by the way, comes to Ford by way of Boeing, so he knows a little about the importance of making equipment both strong and light.

Essentially, Ford is just the first manufacturer to make the leap in North America. Others, now, will have to follow – and that’s going to rub a lot of truck brand-loyalists the wrong way. 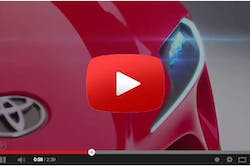 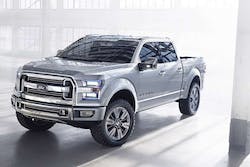 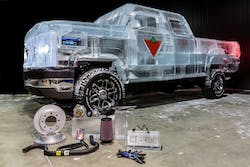 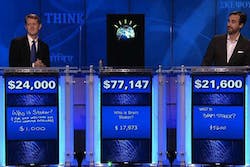