A wrecked pickup is the last thing a business owner wants to see – unless it’s a diesel; insurance money can help bring back both looks and add performance

Company owners and fleet mangers cringe when one of their heavy-duty diesel pickups comes into the shop on the bed of a rollback with the front bumper rolled up and fenders caved in.

Wrecks are nothing but lost revenue through vehicle downtime, paying the insurance deductible, and the potential bump in annual insurance rates.

Not good for small business or large.

But there’s a bright side to such accidents that should make the performance-minded diesel owner crack a smile:

The insurance company may have just helped pay for some much wanted upgrades that will make the truck more efficient down the road.

He was driving his ’09 Chevy Silverado 3500HD dually back from a jobsite when a drunk driver ran a stop sign, crumpling the front of his truck. The ensuing accident heavily damaged everything from the bumper to the fan.

Link’s insurance company was Johnny on the spot, working quickly to get the estimate of repairs handled with the auto body shop.

The list of replacement parts to bring the truck back to pre-accident condition, per the policy, was long with the majority being aftermarket or refurbished parts equivalent to OEM.

“Wrecks like this are typical of what I see every week, “says Warren Spears, the owner of Spears Auto Repair, the local auto body shop where Link’s pickup was being worked on.

“The insurance adjuster and I go over every inch of the vehicle to see what’s damaged. Then he’ll write it up, print out the parts list (with prices) and labor involved to fix it up. The owner pays the deductible and the insurance company covers the rest.”

Making The Best of a Bad Situation

But instead of staying with the status quo having Spears use factory-like parts sourced from the local GM dealer or auto parts repair outlets, Link saw an opportunity to upgrade his truck so it was more efficient at towing equipment trailers than it was pre-accident.

Per his insurance coverage, Link paid the $800 price difference between the performance parts and the replacement parts noted on the repair quote – a savings of more than $1,800 had the upgrades been done in the normal course of things.

That’s because the insurance company paid for all the installation labor – and more than half the cost of the high-end aftermarket parts.

According to Bill Davis, a spokesman for the Insurance Information Institute (iii.com), the vehicle owner has the right to select the source of parts (OEM, refurbished, salvage or aftermarket) used in the repairs as long as that’s how the insurance policy is written.

Usually vehicles that are less than a year old are repaired using OEM/factory parts.

Parts for older vehicles are typically sourced from aftermarket or salvage parts suppliers because they are cheaper than OE.

The key to this whole process is you working with both the repair shop and the insurance adjuster to get the upgrade parts you want.

According to the III and several of the big insurance companies we talked to, such upgrades are allowed as long as the parts don’t compromise the vehicle’s safety systems or overall integrity, and the vehicle owner pays for the cost difference beyond the repair estimate.

Making the most out of such misfortune is all about choosing aftermarket upgrades that will make your truck more efficient at the jobs it’s tasked with and make it more durable over the long haul.

BD performance exhaust manifold (top) allows even flow of exhaust gasses to the turbo while stock manifold restricts it by about 20 percent.

For example, if your truck is being used primarily for towing heavy trailers or hauling heavy loads, replacing the factory charge-air-cooler (CAC) with a more efficient one is a good move.

The efficiency of a turbo-diesel depends on keeping the air going into the intake as close to ambient temperature as possible. The more efficient the CAC, aka “intercooler,” is at cooling the hot air flowing between the turbo and the intake, the more power the engine makes.

An intercooler that also flows air more freely reduces turbo boost pressure loss between the inlet and outlet, making the engine more efficient while lowering the EGTs under heavy load.

BD Diesel Performance’s Cool-It CAC, which is a direct bolt-in replacement, does both according to Brian Roth, the driving force behind BD.

Roth says the Cool-It delivers 90 percent cooling efficiency (OE is about 70 percent) while keeping boost pressure loss at the outlet to less than .5 lb at 40 psi (OE loss is about 4 to 5 pounds.)

Roth says those improvements can mean a temperature reduction of up to 200 degrees Fahrenheit under heavy load because the turbo doesn’t have to work as hard to move the air.

Another benefit of BD’s CAC is its streamlined external air passages allow a freer flow of air to the fan, which improves the cooling efficiency of the radiator and a/c condenser while reducing fan noise.

Of course, there’s the benefit of the Cool-It CAC having extruded internal cooling tubes and cast end tanks designed to handle boost pressures up to 100 psi and inlet temps of 500 degrees F, should one want to do some engine hot-rodding in the future.

Another item upgraded to consider while all the front sheetmetal is off is the driver’s-side exhaust manifold.

The later-model Duramax manifold is cast with a big “dent” in it that restricts exhaust flow by about 20 percent compared to the passenger’s side.

BD’s replacement is straight shot, which will take the heat off the forward cylinders.

Normally the manifold is a pain to get at, but now that the engine is totally exposed, this is a great time to put on the performance exhaust manifold.

Another item that was destroyed in this wreck was the factory air cleaner. Again, this is the perfect time to help the engine breathe easier by installing a cold-air intake such as K&N’s 57 Series Generation II kit.

The air intake, also referred to as an FIPK by K&N, doesn’t have the myriad of sound baffles, twists and turns of the OE intake system, allowing the air to move freely to the turbo.

It utilizes a large, washable conical air filter that has a service life of 100,000 miles between cleanings (depending on driving conditions, of course.)

K&N says their 50-state legal performance air intake, which is an easy bolt-on replacement, adds 19hp to the Duramax.

These upgrades don’t alter the look of Link’s Silverado Dually or have any impact on the HD’s handling or safety systems.

But they will improve its 87 and efficiency – a benefit that wouldn’t have come about without the big fender-bender.

BD CAC lowers the Duramax EGTs by minimizing the temperature of turbo-boosted intake air while improving the flow of air over a/c, transmission and radiator cooling surfaces.

Insurance companies use this term to describe the condition of the vehicle immediately before it was damaged. It’s the repair facility’s duty to restore the vehicle to its “pre-loss condition” including:

a) the function of the vehicle and all its systems

c) the appearance of the vehicle

K&N cold-air kit takes care of the turbo intake side of the wrecked Silverado HD’s performance upgrade. More air in, cooler air out is the operating maxim. 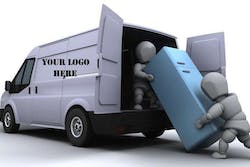 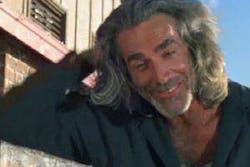 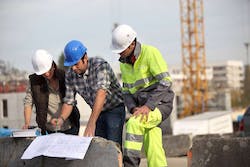 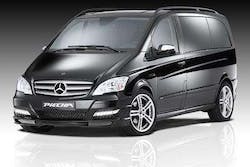