Autocar says it is adding another CNG-equipped refuse truck to its lineup with the Class-7 / “baby 8” Xpert ACMD.

Available with the Cummins Westport CNG/LNG engine, the cabover Xpert was originally launched in 2013 as a diesel truck.

Eric Schwartz, Vice President of Autocar Industries, a division of Autocar, says the Xpert fills a void in the current class-7 refuse market by using many of the same toughest-in-class components as the class-8 Xpeditor ACX.

The result is the first and only medium-duty truck with severe-service strength on a smaller wheelbase, beating the turning radius of conventional cabs by an average of 8-18 percent and adding an extra 25 feet of forward visibility, Schwartz says.

“Before the Xpert, waste haulers have been forced to make do with cookie-cutter conventional cab trucks which fall short in the ever-demanding refuse hauling application,” Jim Johnston, President of Autocar, says. “The Xpert is designed, tested and specified to withstand the serious refuse hauling that we and our customers know and live every day.” 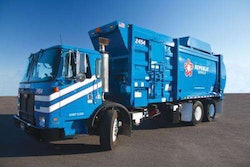 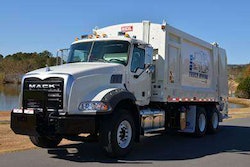 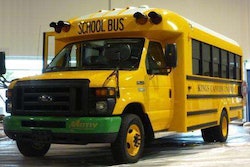 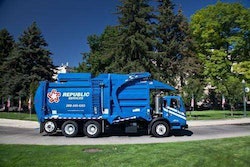