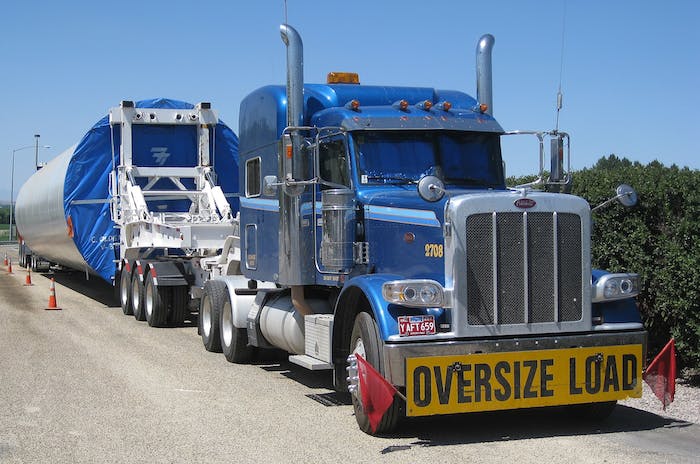 The war in Ukraine and resulting oil market chaos sent diesel fuel rocketing past $5 a gallon while renewing calls for a clean energy revolution to remove fossil fuels entirely from a supply chain that's already reeling from two years of pandemic volatility.

"Transforming our economy to run on electric vehicles, powered by clean energy, will mean that no one will have to worry about gas prices. It will mean tyrants like Putin won’t be able to use fossil fuels as a weapon," President Joe Biden said when announcing sanctions on Russian oil that shot the price of crude up to over $130 a barrel in late March.

But, clean energy has a few dirty secrets: namely mining, charging and refining. And while lowering the U.S. reliance on fossil fuels would limit Russia's geopolitical leverage, the nation still depends on global supply chains to provide rare metals needed to produce the batteries, solar panels and electronics Biden's vision would require.

Commercial Carrier Journal spoke to a commodities trader and a diesel expert to untangle why all the batteries, solar panels and windmills in the world likely won't lower fossil fuel demand in the near term.

'You can't be long on EVs without being long on oil' 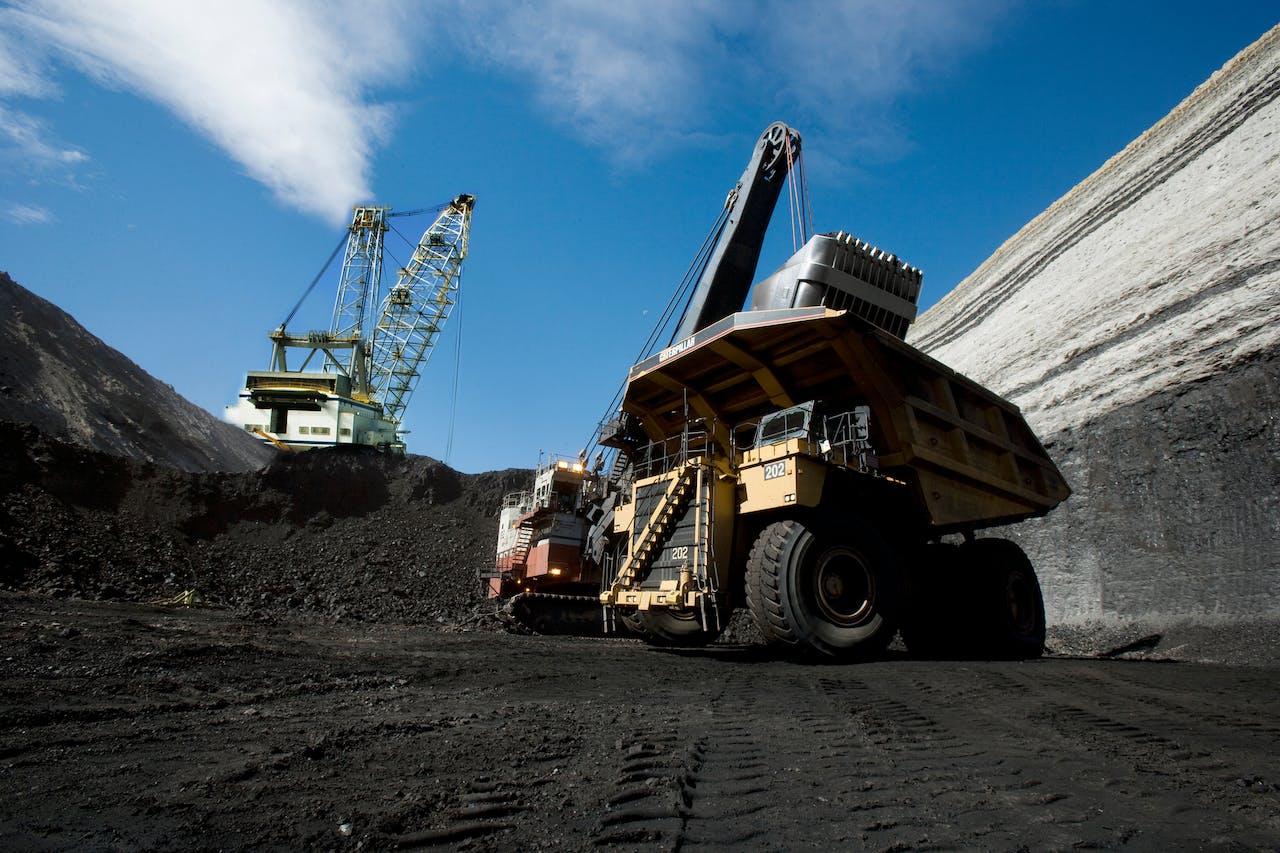 A CAT 797 haul truck, one of the biggest diesel vehicles in the world, at the North Antelope Rochelle opencut coal mine. About two thirds of global energy comes from fossil fuels like coal.Peabody Energy, Inc

"Clean tech to me is not really clean tech. It’s disgusting how dirty and how energy intensive mines are," she said. "We don’t even have to mention the mines in Africa" with questionable environmental and labor practices. "Mining stuff is super dirty and super energy intensive. We'll need a lot more fossil fuels to extract these metals from the ground and nobody wants it in their back yard. You can't bring these supply chains home."

While internal combustion vehicles – commercial and passenger – use plenty of steel, electric vehicles use a wider variety of more expensive metals. For example, the average internal combustion passenger vehicle uses less than 50 pounds of copper, whereas a Tesla uses about 180 pounds of copper wound up in its electric motors. Additionally, the batteries essential to electric vehicles rely on materials like lithium and nickel, which require intense electric and chemical outlays to process. On March 8, nickel on the London Metals Exchange spiked to over $100,000 a metric ton before crashing back down to $30,000 over the next two weeks. The whole ordeal cost traders billions and forced the exchange to limit how much the commodity could be traded.

Indeed an important part of Tesla CEO Elon Musk's job has become sourcing metals like nickel for batteries, and his company's Class 8 truck has been repeatedly delayed as he prioritizes building passenger cars with the precious few batteries and chips Tesla does get.

From the machines that excavate and haul the metal ores to the plants that process them, nearly the entire process relies on power generated in diesel engines or fossil fuel-burning power plants, according to Shuchart.

"We are going to need a lot of fossil fuels to mine more metals. Higher oil prices mean higher costs to mining, thus higher metals prices. Thus higher prices to the consumer Is circular, and that's what people are missing," she said. "If you want to increase demand or production for EVs, that only increases demand for fossil fuels. There’s no way you can produce these vehicles without increasing demand for fossil fuels."

"Rising raw material prices certainly have the potential to delay the timeline on cost parity between EV and ICE vehicles, which could hamper the wider adoption of EVs," Gregory Miller, an analyst at industry forecaster Benchmark Mineral Intelligence, told Reuters.

Furthermore, the U.S. has limited options to bring down diesel prices in the near term, said Shuchart. "The U.S. can produce all the West Texas Intermediate it wants, but mostly all they can get from that barrel is gasoline."

Instead, the U.S. often imports heavier grades of crude from other countries. "The only reason that we have bought more from Russia in recent times is because we cut off Iran and Venezuela. We would love to buy more from Canada but we only have so much capacity as far as bringing it into the country, because we don’t have the pipeline capacity."

In the end, the global focus on "going green" with electric devices replacing combustion engines often ignores how central diesel prices are to almost everything consumers touch. According to Shuchart, everything trucks deliver in the country, everything grown in fields tilled by diesel tractors and everything in between will likely get more costly as a result of increasingly volatile diesel prices.

While OPEC will work to stabilize the diesel market, Shuchart said not to hold out hope that the oil cartel would make moves to ease pressure in Western countries that have sanctioned Russia. "OPEC is apolitical, that's why you have Saudi Arabia and Iran, who are mortal enemies, working together."

But while the clean energy movement may be secretly destructive to the environment, diesel technology has become increasingly clean and environmentally friendly. 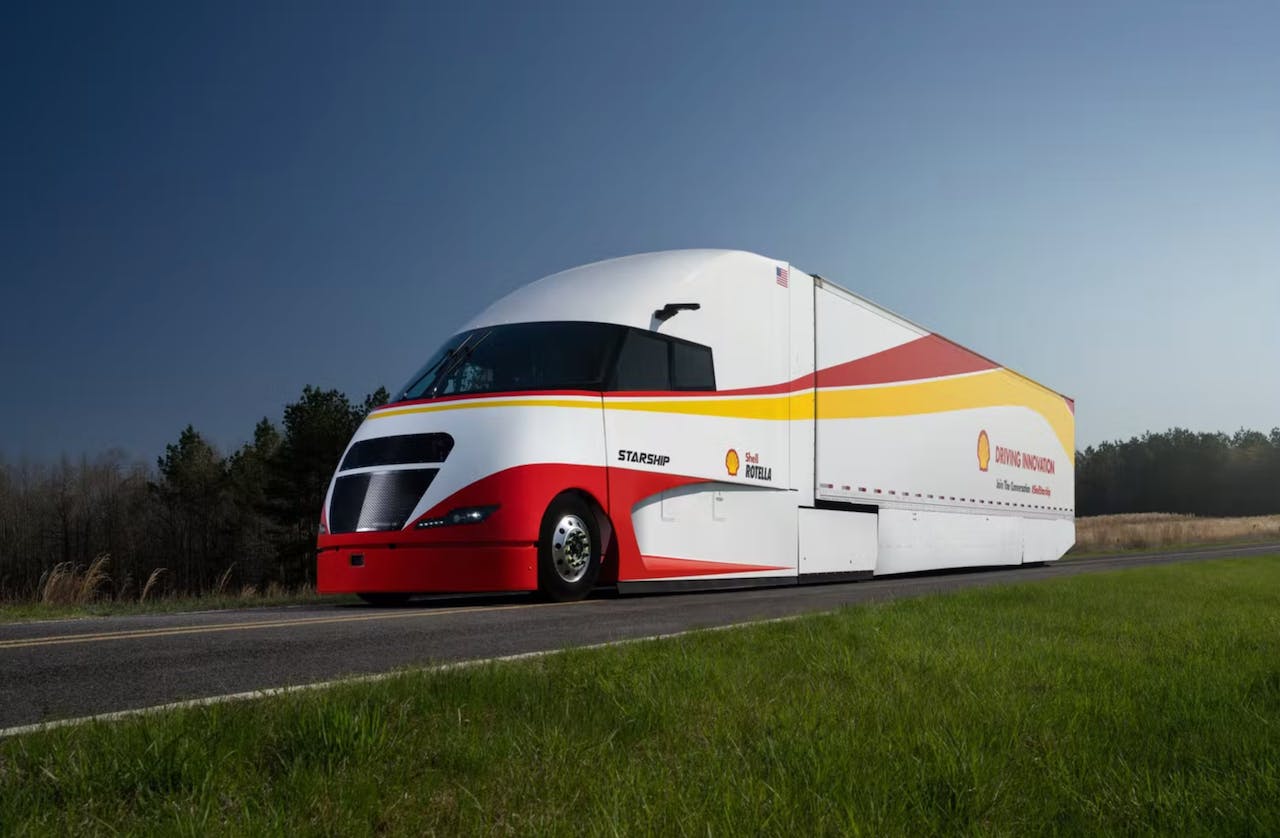 Allen Schaeffer, the executive director of the Diesel Forum, has no illusions about electric vehicles, clean energy, or the road to that battery powered future being powered by diesel engines and coal power plants. And like Shuchart, Schaeffer agrees that diesel prices will likely remain higher for longer than previously seen.

While the biggest factor in diesel prices remains the cost of crude oil, Schaeffer said that diesel production in the U.S. is down from less than a decade ago due to pandemic labor shortages and changes to production and the number of working rigs, even as some rigs come back online.

"We have much lower stocks available on a global basis of diesel fuel," he said. "Stocks are down about 37% to where we were on average, so the global distillate pool is less than it was. Yet we have more demand coming from all sides for diesel because it’s the fuel of work. As these global economies are starting to recover – whether moving freight by truck or train or barge – diesel fuel is the technology and the fuel that’s doing that."

That entire pandemic-induced supply crunch came before Russia invaded Ukraine, which has only made matters worse.

"Even if some people want to flip a switch and not be diesel dependent, it's impossible to do that in the next 15 or 20 years," Schaeffer said. Last month, the Diesel Forum hosted a debate with proponents of electric and fuel cell vehicles, and even those boosters of alternative powertrains admitted that internal combustion and diesel would likely dominate the decade.

"Even as we think about a world that didn’t have the current dynamic in the oil market and didn’t have a war in Europe, what are the pathways to get more EVs in the trucking space? There have been plenty of investments therein by great companies like Volvo, Cummins, and other traditional engine and truck suppliers, but even those products, and frankly all the passenger vehicle electric cars will be equally impacted by the geopolitical situation to get rare earth metals to manufacture batteries," said Schaeffer.

Tesla's Musk, who has a stake in the trucking industry via the 2018 acquisition of several car hauling fleets, tends to agree. “I’m not in favor of demonizing the oil and gas industry. Because, like, we can’t stop instantaneously and not have oil and gas. You know, like, we’ll likely die of starvation, basically. We’re going to need to burn fossil fuels for a long time — the question is just at what rate do we move to a sustainable energy future," he said in February.

But, according to Schaeffer, it's that exact scrutiny on fossil fuels and trucking that's spurred on incredible improvements in diesel emissions over the years. Today, newer model diesel trucks on the road have nearly eliminated NOx, particulate matter and sulfur emissions. These advancements in diesel engines have trickled down to construction, agricultural and even mining machines.

In essence, the innovation in diesel engines in the trucking space has made tremendous strides toward a sustainable future, and with no other practical options at hand Schaeffer said now is the time to update older fleets and models with new, cleaner tech. Beyond simply improving the diesel engine, Schaeffer dismissed "nearsighted" focus on companies like Amazon wanting to purge carbon from the final mile and called for a bigger picture look at emissions in freight.

"Think about the 70 to 80 container ships each with 10,000 20-foot containers waiting to go somewhere off the coast of California. Is that an efficient freight delivery network?" he said. "The freight system has a lot of inefficiencies in it, and we can probably find a lot of additional value in reducing emissions there. Everyone values a cleaner environment, and that shouldn't have to wait" for futuristic powertrains to take over trucking. 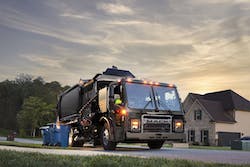 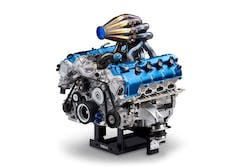 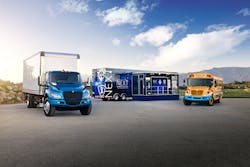 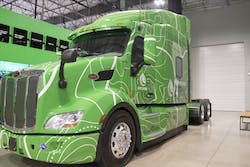