Brake failure may be to blame for a frightening dump truck crash at a busy intersection this week in Kennesaw, Ga.

Video below posted by WSB-TV shows the truck plowing into several vehicles that had stopped at an intersection around 2 p.m. Wednesday on Barrett Parkway near I-575, about 15 miles northwest of Atlanta. The truck is seen turning sideways before turning over and landing on its side.

Several people were injured. At least two people were taken to the hospital, while others drove themselves to the emergency room, according to police.

At least 12 cars were involved in the wreck which tied up traffic for about two hours. The truck had been carrying asphalt which spilled onto the road, according to mdjonline.com.

One driver told WSB-TV that she felt lucky to be alive after the truck fell on the back of her car and dumped asphalt on it (see photo below).

Witnesses reported that the dump truck driver said that his brakes had failed prior to the crash. Inspectors with the Georgia Department of Transportation were called to the scene to examine the truck. 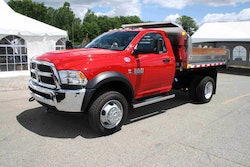 Ram’s biggest truck gets some changes for 2018 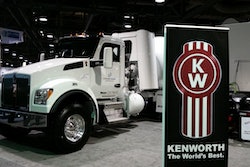 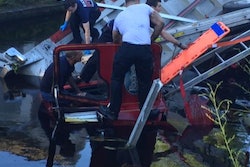 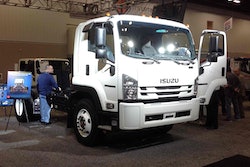