In the race to go green, more fleets have been converting to renewable diesel, causing many to take a second look at the alternative fuel.

One thing’s for sure, don’t confuse it with biodiesel. Neste U.S. Marketing Manager Tuija Kalpala was quick to point out that her company’s renewable diesel, the most widely used in the U.S., is not biodiesel.

“It’s not a biodiesel. It’s a different kind of type of production that we use. The technology is different,” says Kalpala.

And the U.S. Environmental Protection Agency agrees. The EPA classifies renewable diesel as an advanced biofuel.

Kalpala explains, “Biodiesel is more like a first generation type of fuel. Renewable is a kind of second-generation.”

Unlike biodiesel, the complex refinement that renewable, or synthetic diesel undergoes renders it into a fuel that meets all U.S. emissions standards. Since its chemical structure matches conventional diesel, it can be used directly as a substitute. No retrofitting is required.

The fuel’s low emissions rating is its star feature.

“It lowers greenhouse emissions by up to 90 percent (compared to conventional diesel). Chemically, it’s identical. So, it doesn’t require any changes in logistics or any modifications to the engine,” Kalpala says. “These fleets they can start using them the next day.”

In late July UPS announced that it inked a contract with Neste, Renewable Energy Group and Solazyme that resulted in a 15-fold increase of renewable diesel use over the next three years. That amounts to a staggering 46 million gallons.

“Advanced alternative fuels like renewable diesel are an important part of our strategy to reduce the carbon emissions impact of our fleet,” Mark Wallace, UPS senior vice president, global engineering and sustainability says in a July company statement. “We have used more than three million gallons of renewable diesel to date with positive results.”

Going green is nothing new for UPS. The global delivery company also uses natural gas and electric vehicles as part of its stated goal “of driving one billion miles with our alternative fuel and advanced technology vehicles by the end of 2017.”

The City of Oakland announced last month that it had begun using Neste’s renewable diesel in its fleet vehicles. San Francicso and Walnut Creek, Ca. also plan on using the fuel.

That’s good news for alternative fuel companies like Neste, which have also benefitted from U.S. tax credits implemented 10 years ago to help stimulate the alternative fuels market and better meet the emissions reduction goals of the U.S. Clean Air Act.

However, proposed changes in the U.S. Senate to those tax credits, which expired last year, has the Advanced Biofuels Association on edge.

The ABFA, comprised of 40 member companies including Neste and Solazyme, sent a letter to leaders of the U.S. Senate Finance Committee Wednesday asking that they simply extend the original biodiesel and renewable diesel blenders tax credit adopted in 2005.

“Since 2005 there has been a biodiesel and renewable diesel blenders tax credit of $1.00 for each gallon of biodiesel or renewable diesel used in a qualified mixture,” ABFA President Michael McAdams writes in a letter to Senate Finance Committee Chairman Orrin Hatch and Ranking Member Ron Wyden.

“This tax credit, which expired at the end of 2014, was created to stimulate production and use of biodiesel and renewable diesel, an agricultural alternative to fossil fuels.”

McAdams writes that a proposed amendment to transfer the tax credit from fuel blenders (those who combine conventional diesel with diesel substitutes) to diesel substitute producers will hurt both the biodiesel and renewable diesel industries.

Companies that import alternative diesel fuels, like Neste, would also be effected, according to McAdams.

“Converting the tax credit to a producer’s tax credit and denying its availability to imported fuels will benefit a small group of biodiesel producers and come at the expense of fuel retailers and consumers,” McAdams writes. 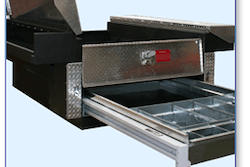 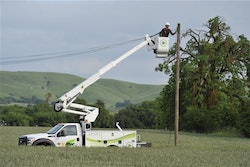 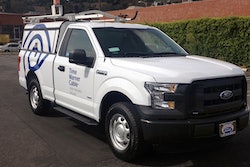 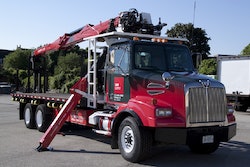