Footage of two new Jeep pickups riding on off-road terrain in Michigan has been posted on YouTube.

The fact that the trucks are slowly meandering around in the sand allows for some pretty nice views. But don’t hold your breath. Both pickups are wrapped to keep snooping to a minimum.

Still, it’s some of the most revealing video we’ve seen yet of Jeep’s latest truck which has been out of production since the early 1990s. Jeep’s last pickup model, the 1992 Jeep Comanche, was produced for eight years beginning with model year 1985.

“I was at Silver Lake in Michigan a few weeks ago and spotted 2 of the new Jeep Trucks driving around,” Cars and Zebras writes on his YouTube channel. “The drivers had their laptops, so I assume they were working on calibrations. Tried asking them a few questions but they couldn’t really talk about it. They weren’t too happy I took these videos…..oh well.” 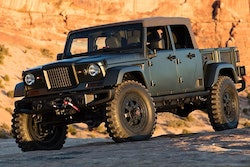 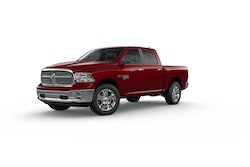 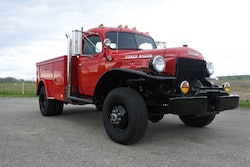