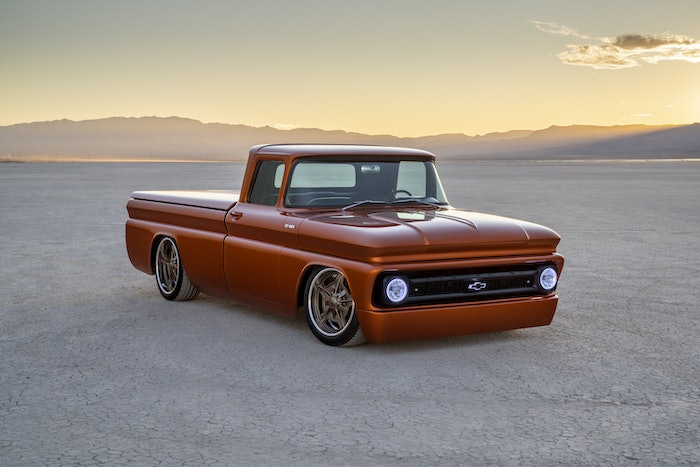 “The Chevrolet E-10 electrified Connect & Cruise concept system reimagines the performance crate engine for hot rodders,” said Jim Campbell, vice president of Performance and Motorsports. “As General Motors continues to work toward our vision of a zero-emissions world, concepts such as this help us get there, while still supporting the enthusiasts who love to drive vintage vehicles.”

The E-10’s Connect & Cruise concept propulsion system is composed of a double stack of Chevrolet Performance concept electric crate motors (eCrate), two 400-volt batteries and a conventional SuperMatic 4L75-E automatic transmission. The double stack eCrate motor replaces the truck’s original gas engine under the hood and is connected to the automatic transmission, which transfers torque to the rear axle. Power to the drive stack comes from the pair of independent Chevrolet Bolt EV power electronics and two production Bolt EV battery packs. Mounted in the truck’s bed, each offers 60 kWh of usable energy under a hard tonneau cover.

“General Motors has the in-house talent required to create a concept like the E-10,” said Campbell. “With the innovative thinking and expertise our performance team, electrification team and many others at GM bring, this project went from concept to running vehicle in 18 weeks to demonstrate what the future of an eCrate propulsion system and hot rodding could look like.”

With an estimated 450 horsepower to the rear wheels, the concept electric propulsion system helps the E-10 deliver 0-60 mph times of around 5 seconds and quarter mile times in the high 13 second range.

To help it fit in with other hot rods on the road, the E-10 has a sound emulator complete with three speakers to simulate an induction sound in the front and two banks of a V8 engine in the back of the vehicle. The driver can select one of five modes on the emulator, including: LS7 Z28 track tuning, LS7 Z28 touring turning, a V8 engine, a futuristic sound or silent – and the sounds will automatically adjust to the changing of the gears mimicking an internal combustion engine.

“The E-10 Concept builds on the experience and momentum generated by last year’s eCOPO Concept, taking the idea of a ‘crate’ electric propulsion system further by leveraging actual production components,” said Russ O’Blenes, director of Performance Variants, Parts & Motorsports. “It’s all still in the testing stage, but this concept brings the electric option for hot rodders much closer to reality.”

In classic hot rodding fashion, Chevrolet designers and engineers for the E-10 Concept leveraged production components from other vehicles — the Bolt EV battery packs — and fabricated custom solutions to bring the idea to life.

The motor stack is a unique assembly that houses a pair of high-efficiency motors. They’re built into a modular housing that enables up to three motor assemblies to be stacked and linked together for greater power delivery, while the Bolt EV’s modular battery packs enable range for long-distance driving.

Additionally, the independent setup of the two battery packs allows for simultaneous charging, more range and more power. In fact, the system more than doubles the available power in a production Bolt EV.

“We designed this system to deliver both power and range,” said O’Blenes. “The exciting part is that we’re just getting started. Just as we have done over the years with our performance crate engines, we will continue to refine and improve electric propulsion Connect & Cruise concept systems. Our goal is to provide greater power with greater range, suiting the different needs and priorities of all types of enthusiasts. In this case, we will use higher current and voltage-capable inverters, batteries and related components rather than carburetors and cylinder heads.”

Along with its zero-emissions performance, the E-10 Concept makes a design statement by blending vintage style with modern technologies. The truck’s classic silhouette, with its pronounced hood and forward-leaning A-pillars, remains instantly recognizable, while contemporary enhancements include an illuminated Bowtie emblem in the grille, LED headlamps and taillamps, and a lowered stance accented with 20 x 9-inch front and 22 x 10-inch rear wheels.

Inside, the original instrument panel is updated with digital displays for the electric propulsion system. The rest of the cabin is restored and features leather-trimmed seats. 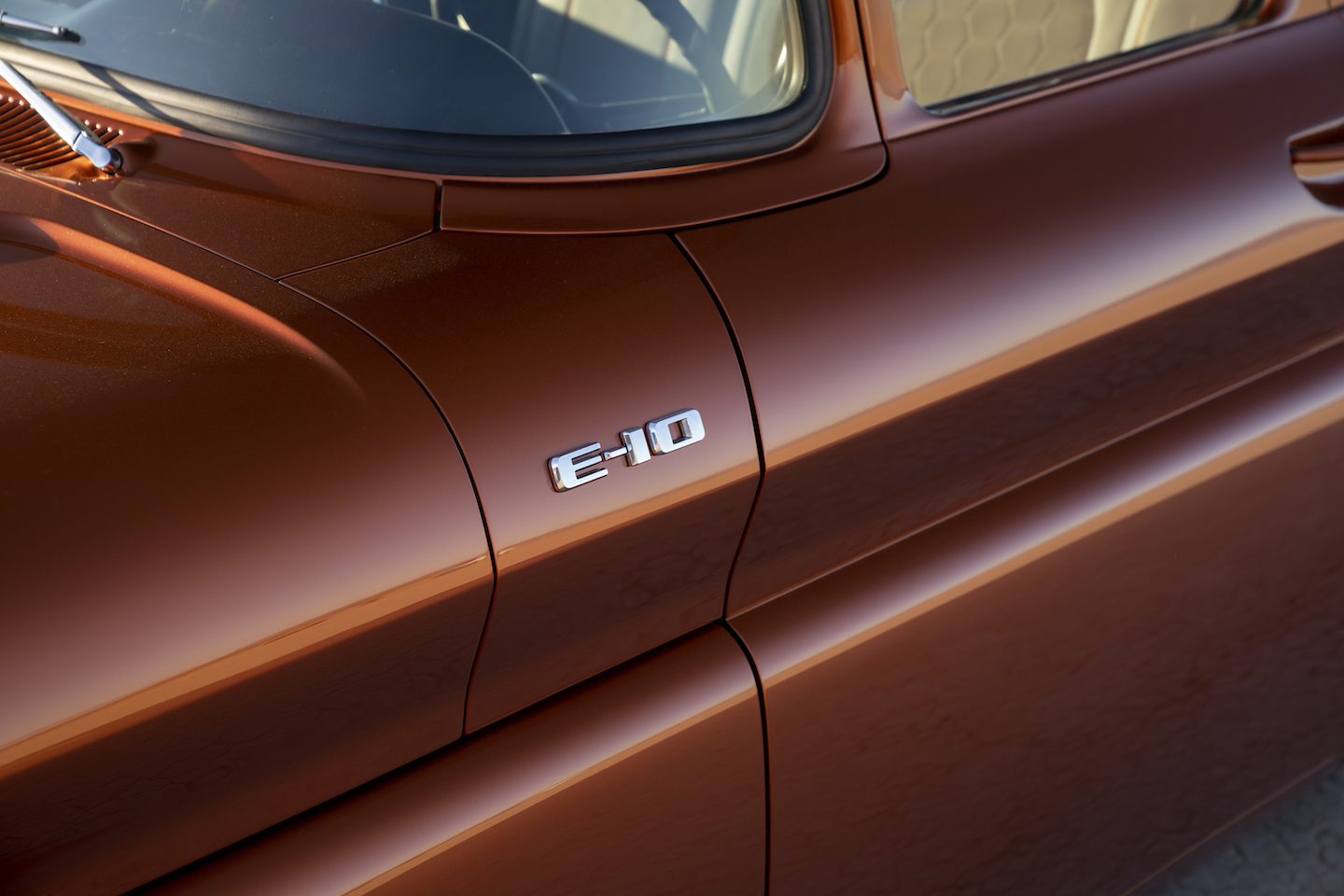 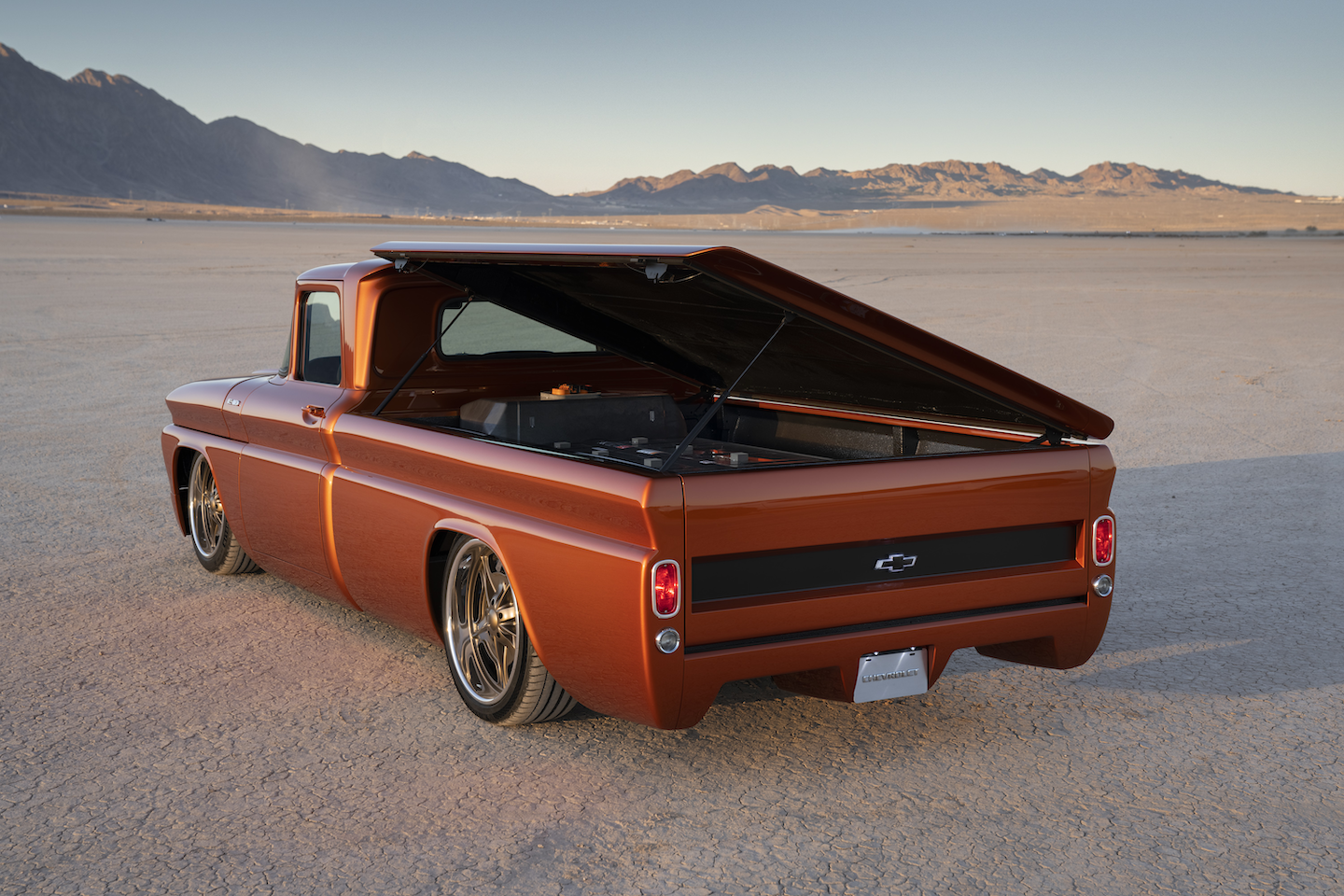 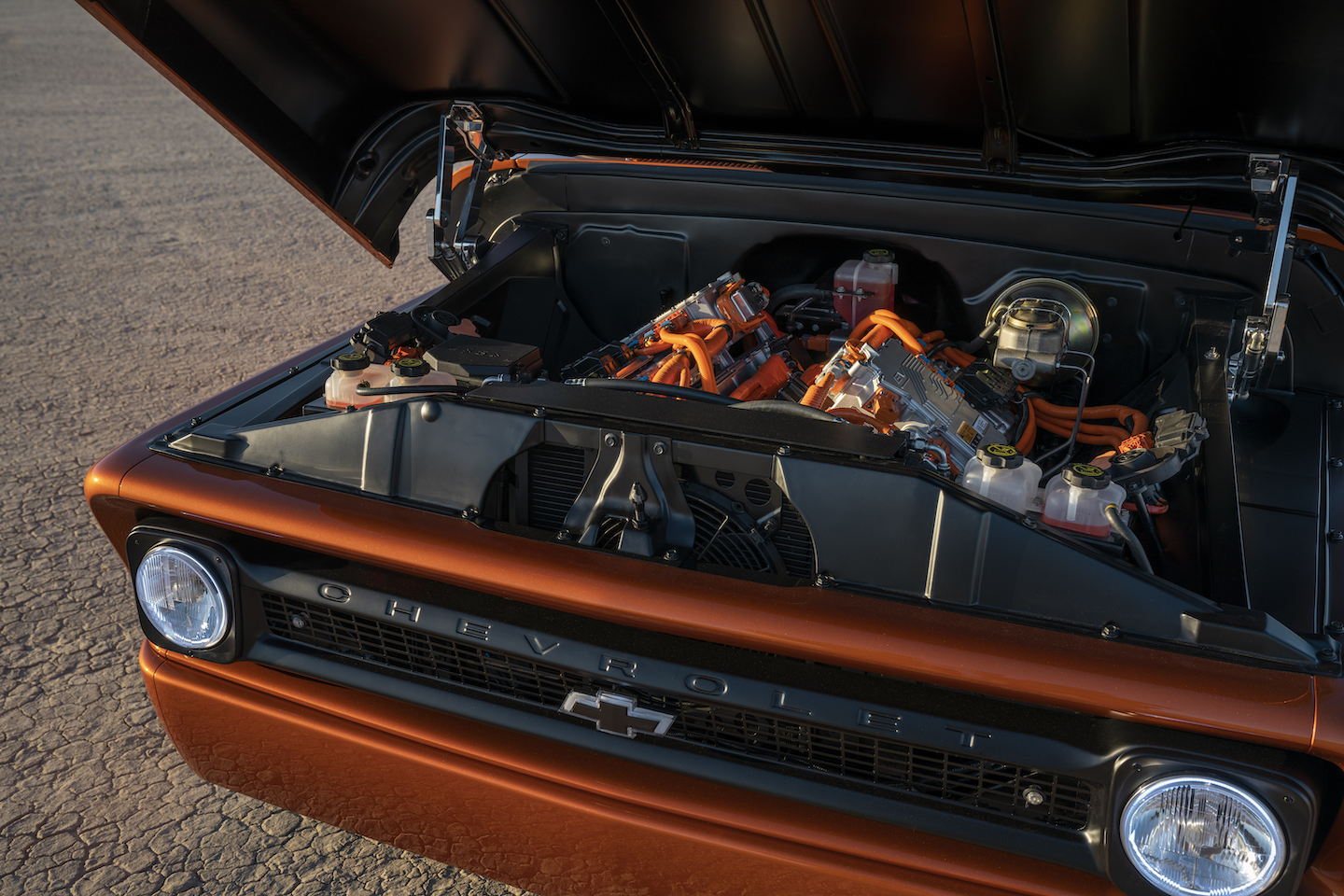 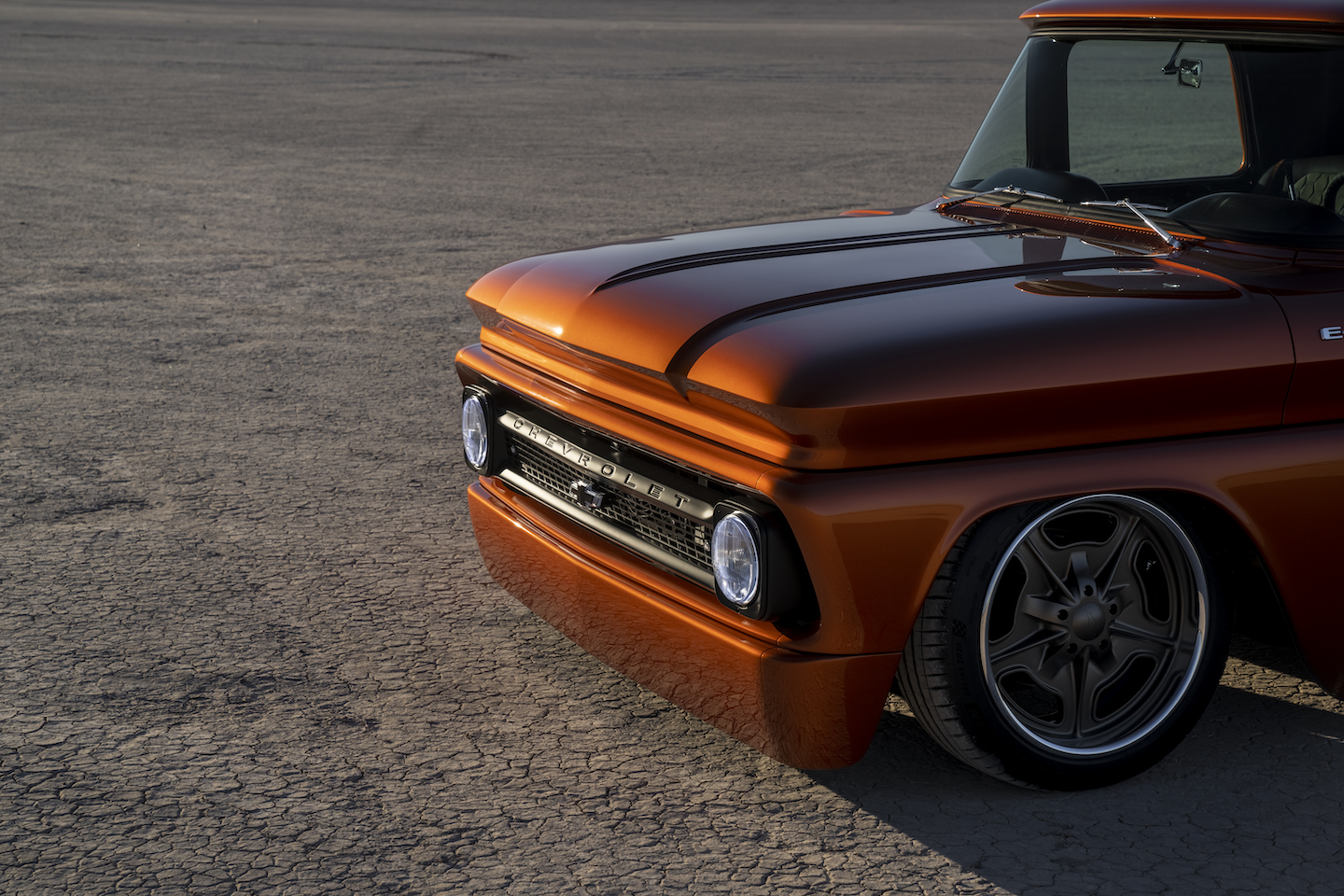 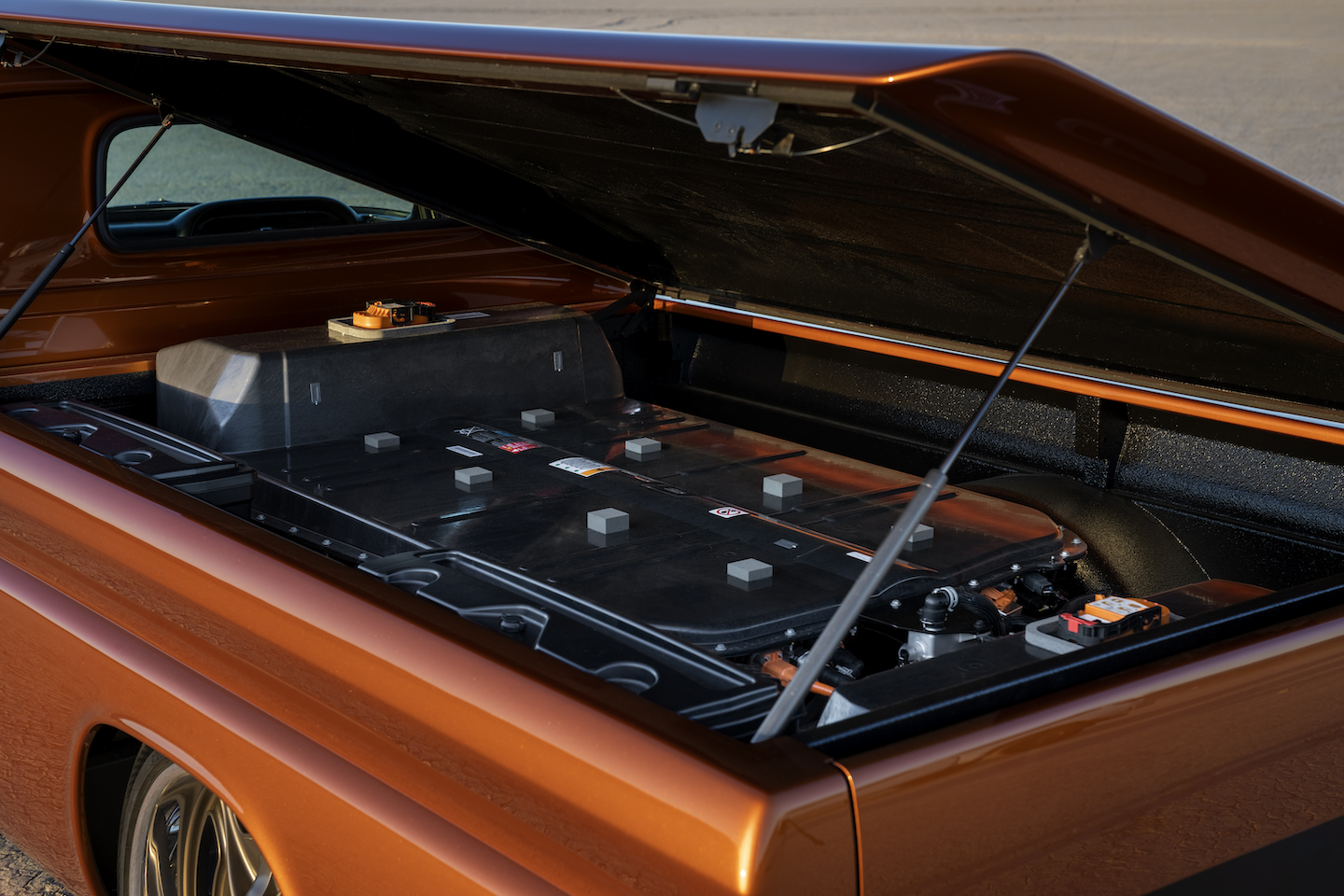 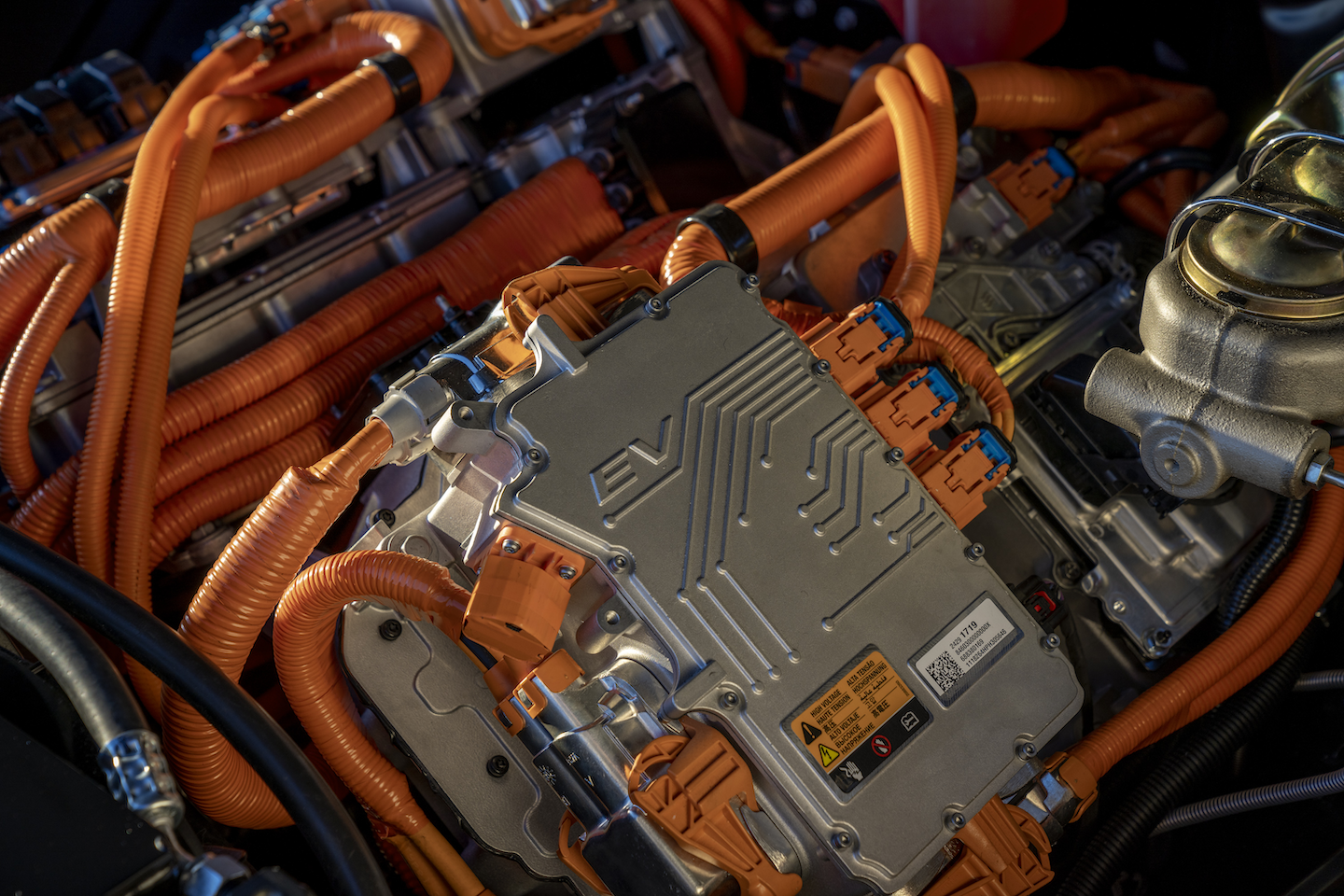 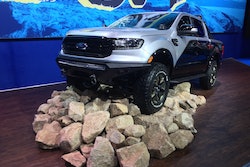 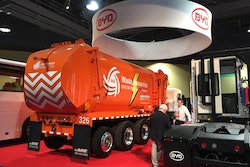