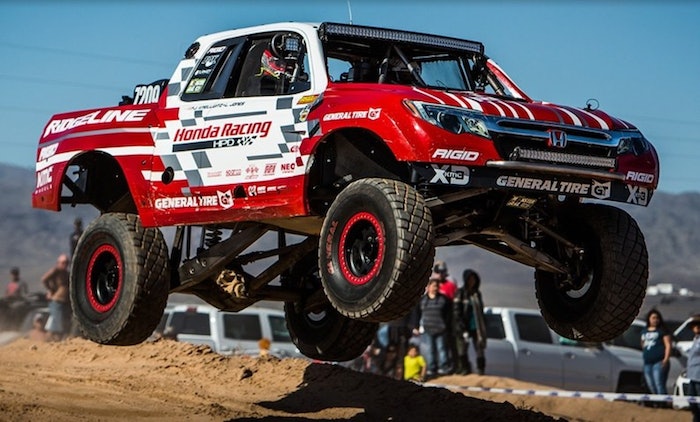 The Honda Off-Road Racing Team and its Ridgeline Baja Race Truck opened the 2018 off-road racing season with a decisive victory in the 7200 class for V6-powered race trucks in Saturdays Parker 425. (PRNewsfoto/Honda Racing/HPD)

Andy McMillin and Toyo Tires won first overall and first in the Trick Truck class at the race this past weekend in Parker, Ariz. McMillin drove an all-new Mason built truck (photo below). It was his second consecutive Parker 425 win.

A part of the Best In the Desert Racing Association off-road racing series, the Parker 425 features three laps of a rugged course through the southwestern Arizona desert.  Each lap presents competitors with wide-ranging conditions, from sand washes and rough rock sections to wide-open rally roads.

Honda reports that this year featured an added element, as the course deteriorated fast while a field of over 200 entries made its way around each lap.

Starting fourth in a field of 11 Class 7200 V6 trucks, driver/team principal Jeff Proctor and navigator Evan Weller ran at a rapid pace on the opening lap, gaining two positions in the first 30 miles, then moving into the lead by race mile 80.  After their first scheduled pit stop for fuel and rear tires, Proctor and Weller finished the first lap with a 4.5-minute lead on the field.

Although the course began to deteriorate throughout the late afternoon and into the night, the Ridgeline continued to widen its gap over the Class 7200 field.  At the end of the second lap, Proctor turned over driving duties to Pat Daily during the team’s final scheduled pit stop.  Daily continued to build a substantial lead for the Ridgeline, all the while conserving equipment during a brutal third and final lap.  The Honda Ridgeline Baja Race Truck crossed the finish line in a time of eight hours, 54 minutes, one hour and 15 minutes ahead of the second-place Class 7200 truck.

Powered by a twin-turbocharged V6 produced by Honda Performance Development, the Ridgeline Baja Race Truck features a body designed by Honda R&D Americas’ Los Angeles Design Studio, with inspiration taken from the current Honda Ridgeline, which was also designed and developed by Honda R&D North Americas.  Key design cues drawn from the 2017 Honda Ridgeline can be seen in the front fascia, hood, roof, bed and side profile.

“It feels so good to get a win for this Honda Ridgeline team at our season opener,” said Proctor. “We are so excited to bring this one home for the team.”

Dailey said there’s more to come this year for the Ridgeline race truck.

“I couldn’t be more proud of this entire team, their effort and commitment to earn a win,” he said. “Now, the team is focused on the [next round in the team’s 2018 schedule] 50th anniversary of the Mint 400, on March 10th in Las Vegas.”

Note: An earlier version of this story included a headline that was not specific enough about Honda’s victory: its Ridgeline placed first in the 7200 class. The article was changed to include the overall winner of this year’s Parker 425, Andy McMillin. We apologize for any confusion this may have caused. 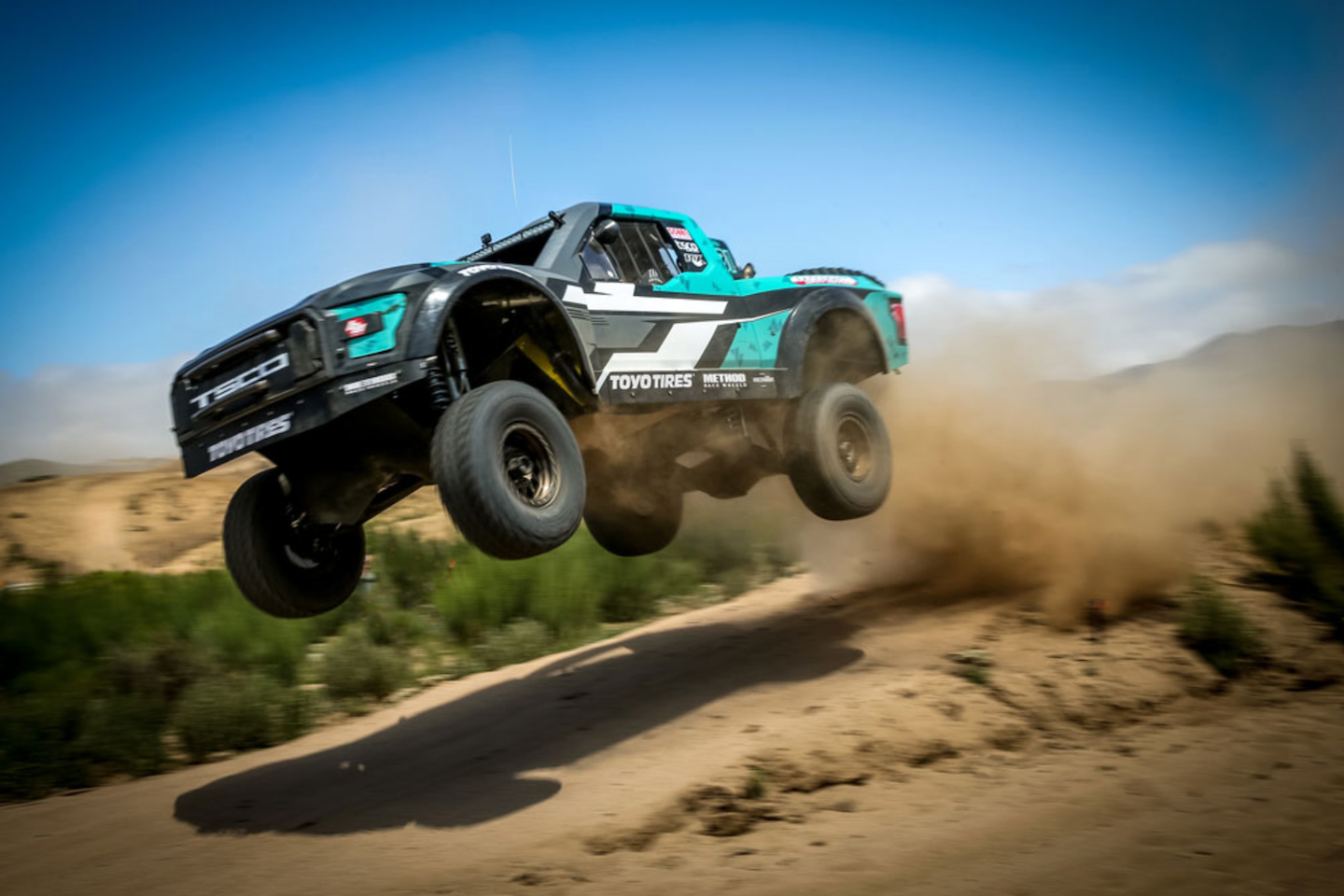