Ford SVT F-150 Raptor Selling As Strong As It Performs

Every hour five 2014 Ford F-150 SVT Raptors roll off the Dearborn assembly line. It’s the fastest truck on the market — in both performance and sales.

Raptor is also one of the fastest-turning vehicles in the automotive industry, staying on a dealer’s lot less than 15 days before its sold. The industry average is 60 days.

“What’s helping drive Raptor sales is that Raptor delivers unmatched off-road performance to our customers,” said Doug Scott, Ford truck group marketing manager. “Raptor is also proof of our commitment to offer a truck for every customer and continuously improving them to meet our customers’ evolving needs.”

The Raptor is also the only 1/2-ton pickup on the market with locking differentials front and rear, so all that power can be put to the ground even in the worst conditions.

While trucks traditionally have been bought by businesses and individuals to do the hard work of building and moving America, buyers have increasingly flocked to pickups offering exceptional luxury, performance or in the case of the new Raptor Special Edition, both. 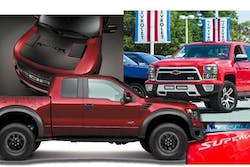 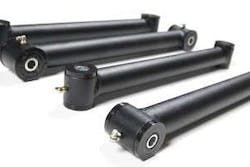 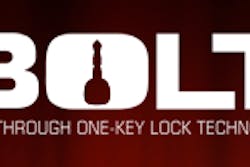 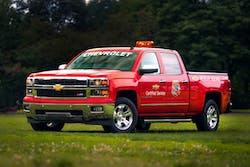