The higher temperatures have a burning effect on the engine oil, which causes a layer of oxidized oil and additives that slow down the injector, eventually stopping it altogether.

Until now, owners had to replace their existing injectors, often spending up to $2,500.00, with no guarantee that the problem would not re-occur. An amazing 90% of the time, Stiction Eliminator solves the problem completely, and the other 10% it has made a significant improvement.

Originally created for International Truck and Engine, Stiction Eliminator is an additive made from a combination of detergents and dispersants, and put into new or used motor oil. Once added, Stiction Eliminator removes build-up from other oils, the coking and varnishing left behind from overheating.

The product will also clean the deposits in the engine and turbo, fortifying existing oil and helping it to work more effectively. Two quarts of chemical cleans 100,000 miles of build up. One quart every 3-4 oil changes will prevent the problem from ever coming back. 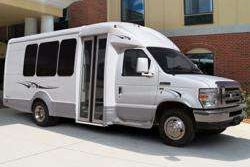