Connect terminal A to terminal F2 while connecting terminal F1 to power. [Illustration by Tim Walton]

The electric motor in your winch is pretty simple, which is a good thing, because there are few things that can go wrong.

Like all electric machinery, winches get their power from an electric motor based on electromagnets, which are energized by the battery.

As with all magnets, opposites attract and like polarities repel producing the torque that turns the shaft.

Connect terminal A to terminal F1 while connecting terminal F2 to power. [Illustration by Tim Walton]

If the windings are not energized because of lack of battery power, corrosion, broken connections, failed solenoids or melted solder; the motor will not turn.

You can eliminate several causes in the diagnostic process by bypassing the solenoids and connecting power more directly to the motor.

If the motor turns, you can now focus on the power supply, remote control or winch control modules.

If the motor does not turn, the problem is now narrowed to the internal motor connections and to the brushes or the motor itself.

Just touching the power lead to the positive battery terminal should demonstrate that the motor runs. Do not connect the wire to the battery while conducting further diagnosis of the motor connections.

To test a series wound motor, remove the winch control and disconnect the electrical terminals.

Finally, connect terminal F1 to the positive terminal of the battery. The motor should turn.

The ends of these brushes should be flat but bad alignment (caused by a missing spacer) caused uneven wear and eventual power loss. Worn, stuck or misaligned brushes could be the problem.

If the motor moves as expected, the wiring problem can be found between the battery and terminals in the power or ground connections, in the winch control or the winch remote control.

If the motor doesn’t turn with this test, it’s probably time to replace the motor.

But before you make this costly move best check that the wires to the terminals inside the motor housing are intact.

Also double-check to see if the brushes still have material and are making good contact with the commutator.

In our next winch repair installment we’ll move away from common electrical issues and turn our focus on issues with hard parts (brakes and gear sets) that can fail on even the stoutest of winches.

The terminal posts go through the motor housing. An over-zealous installer can sometimes spin the terminal breaking the wire on the inside disrupting the flow of power to the rotor or stator.

Overheating can cause the solder to melt at any number of connections in the motor windings resulting in motor failure.
Related Stories 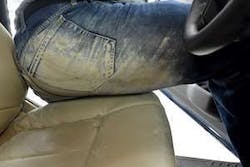 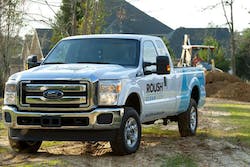 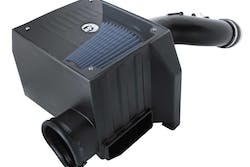 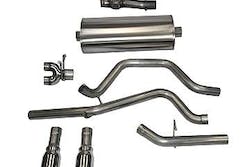