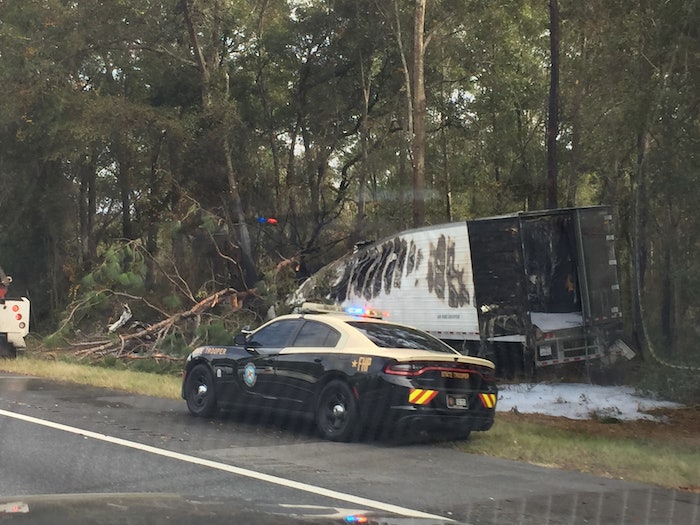 This is the first of a two-part series that looks at commercial truck insurance and how carriers can influence their insurability and affect their rates. Read Part 2, “Leveraging technology to calculate insurance risk, improve the bottom line,” at this link.

Tractor-trailer insurance rates saw an uptick this year, brought on by a rise in truck crashes and massive settlements and judgements.

The worst possible rate surge could come from Washington, D.C. where U.S. Rep. Matt Cartwright, D-Penn., 8th District, is sponsoring a bill (H.R. 3781) to raise the minimum liability coverage on semis from $750,000 to $4.5 million, a 500 percent jump that would put even more upward pressure on premiums.

Cartwright, an attorney with a history of suing trucking companies, has come under fire from watchdog group Foundation for Accountability and Civic Trust for proposing a bill that they say will benefit his family’s law firm if signed into law. 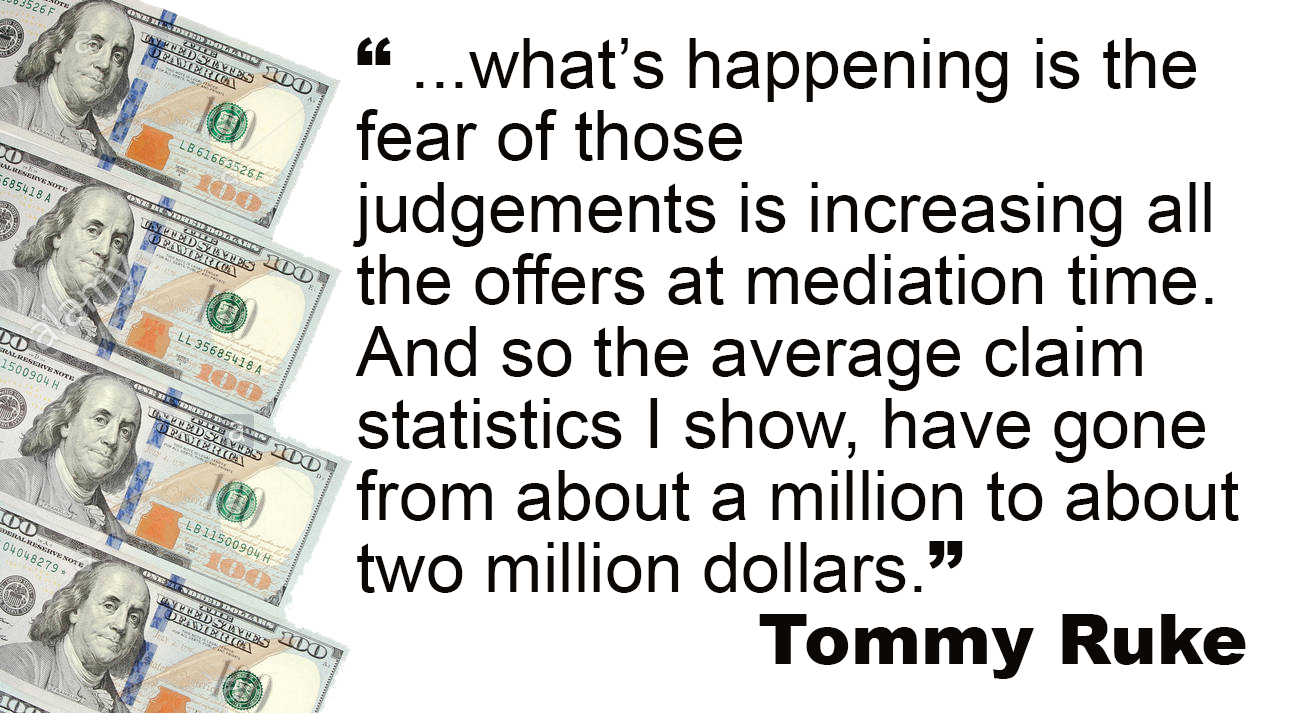 While H.R. 3781 has not advanced since being introduced in July to the House Subcommittee on Highways and Transit, Cartwright’s efforts are emblematic of an increasingly aggressive legal community that’s eager to put trucking companies on trial and cash-in big time.

“The verdicts that are coming out — which we call in the industry, nuclear verdicts, the big ones — they are a derivative of the reptile area of attorneys,” said Tommy Ruke, founder of the Motor Carrier Insurance Education Foundation.

Larger carriers with deeper pockets are targeted and juries have been responding with multi-million dollar judgements. As a result, carriers and insurers are more eager to settle out of court where the price of mediation has also been on the rise.

“No plaintiff’s attorney is going to take a trial and go to a jury and get a $91 million judgement against somebody with five trucks,” Ruke explained. “There’s just not enough dollars for that. The insurance company is going to pay the money and they’re gonna run. But what’s happening is the fear of those judgements is increasing all the offers at mediation time. And so the average claim statistics I show, have gone from about a million to about two million dollars.”

Like Ruke, Michael Nischan, vice-president of transportation and logistics risk control at EPIC, believes strongly in educating fleets on the ins and outs of insurance, particularly risk reduction. Now more than ever that means doing everything possible to reduce Compliance, Safety, Accountability (CSA) scores.

“Everybody needs to be educated so that everyone who is part of a solution can ensure that the company is compliant and safe,” Nischan said. “They’re doing everything they can to keep the scores low and are therefore worthy of doing business with this insurance company and realizing decent premiums. But even if a company is performing well, we’re going to see 20 to 30 percent increases and that is if you’re doing well because of our environment.”

While Nischan is more encouraged about gauging carriers under the proposed scoring method of Item Response Theory, he said that new approach will not help companies who have struggled with CSA scores in the past.

“We’re going to see a change in that strategy (CSA) that’s more effective in scoring motor carriers,” Nischan explained. “Motor carriers that are not performing well under CSA right now, they’re not going to do well at all under Item Response Theory. And again, CSA is not a regulation and Item Response Theory is not a regulation. It’s just a means by which enforcement keeps up with performance of motor carriers and identifies them for enforcement interventions. That’s on the horizon. That’s going to happen. So it’s important that motor carriers take their performance very seriously. Again, they need to be obsessed with safety. Having partnerships with insurance firms will be critical as they collaborate to survive the storm.”

Life in the fast lane

The total number of deaths in crashes involving large trucks increased slightly from 2017 to 2018, according to recent data from the National Highway Traffic Safety Administration.

In its latest Traffic Safety Facts report released in November, the National Highway Traffic Safety Administration reported that the number of people involved in large truck crashes rose from 553,000 to 622,000, or 12.5 percent, in 2018 versus 2017.

Scores of personal injury attorneys stand at the ready with billboards, TV, radio and internet ads with catchy toll-free numbers and dramatic websites eager to sue the truck driver, the company that owns the truck, the truck manufacturer, the truck loader, the brake manufacturer and, if possible, the service company that handles the truck’s maintenance following an accident.

It’s become something of a thriving and lucrative industry that’s motivated some unscrupulous drivers to purposely stomp on their brakes in front of a moving truck with the hopes of getting rear-ended so that they too might hire an attorney and collect huge sums of money for whiplash or other reported injuries. The cost of doing business can skyrocket and prove insurmountable for some carriers following a single accident.

“Extraordinarily large insurance claims — accidents that include fatalities — are probably the single, biggest cause of failure in ’18. Everything else has gone right but you hit somebody and it blew past any and all amounts of insurance you had,” said Donald Broughton, principal & managing partner of Broughton Capital. “The plaintiff’s lawyer sued your company, your insurance, and if the insurance paid the maximum they were going to pay, there was still millions of dollars in claims to be satisfied.”

A Federal Motor Carrier Safety Administration report that found 70 percent of fatal crashes involving a large truck and a passenger vehicle were initiated by the actions of, or were the fault of, passenger motorists.

Recreational marijuana, impaired driving and the pressures to deliver

Impaired driving is also a problem which has only gotten worse following the increased legalization of marijuana.

“There’s an increase in drug usage—failed tests of the now recreational marijuana, things like that,” said Tommy Ruke, founder of the Motor Carrier Insurance Education Foundation. “There has been an uptick in failed tests.”

The robust and record trucking market of 2018 created a surge in driver demand which Ruke said led companies to be less scrutinizing while seeking to put drivers behind the wheel to meet growing customer demand.

“I think everyone realizes that you have to watch the bottom line and the bottom line includes things like insurance premiums and lawsuits and things like that,” Vise said. “And we’re coming into a period where not only is the workforce aging but we do have these driver qualification issues. I really do think that the big driver qualification controversy for the coming decade is going to be marijuana because we have a regime with alcohol. Nobody expects truck drivers never to drink beer. They expect them not to drink beer within a reasonable amount of time before they’re going to drive their truck.”

In reducing risk, Vise said testing for marijuana impairment will prove more difficult since the drug can linger in a user’s body for weeks even though they may not actually be under the drug’s influence while driving.

As insurance premiums are predicted to rise amid more intense litigation some carriers are taking additional steps to lower the risk of driver impairment.

“The hair testing issue is probably quite a while off from a regulatory requirement,” Vise said. “I won’t say never, but it could be quite a while before it becomes a regulatory requirement. I think the larger carriers are moving in that direction for the same litigation reasons as insurance premiums going up and all that to try and protect themselves because they don’t want to end up in court where someone says, ‘You could have used hair testing, but you chose not to.’ So that’s why we see the larger carriers doing that and that’s going to have a pretty significant impact.”

“What increases severity is, of course, more frequency,” Ruke said. “The trucks were traveling more miles no matter who was driving it.”

“Insurance costs have been a long-time concern,” said Mark Montague, senior industry pricing analyst at DAT Solutions. “We keep hearing about drivers being forced to haul freight on tight schedules. Sometimes a shipper isn’t ready when they arrive. They (ELDs) cause an increase in speed. It’s the pressure to deliver on time and of course the faster the fleet, the more accidents which leads to higher insurance rates. So it’s kind of an ugly picture from that standpoint.”

Ruke said that trucking companies would also be wise to protect their public image as attorneys seek as much derogatory information as possible to sway juries. In addition to CSA scores, anything posted on social media, like comments, pictures and videos, are all up for grabs in court.

“This started with the CSA stuff in 2010 so now there’s far more data out there the plaintiffs’ attorneys are using to elevate the jury pool against the trucker,” Ruke explained. “Think about it. Could you get 12 people in a jury box that have not been scared of a truck on a highway? It’s just human nature and then the other thing is how many trucks have skulls and crossbones? I’ve got a picture of one with a skull and crossbones on the front grille. And it says widow maker on the side. We’re not our own best friends in those areas. And then all of that stuff is given to the jury.”

When it comes to dealing with insurance carriers, honesty is the best policy given the vast amount of data available to agents, attorneys and Uncle Sam.

“There’s nothing you can hide anymore between social media and what’s on the federal website. I mean, a trucker lives in a glass house,” Ruke said. “Every insurance carrier has access to everything. The more you try to be deceitful and try to hide, you’re better off saying here’s my problem and here’s what I’ve done with it than trying to hide it because it’s going to come out. So we’re trying to teach the motor carrier why this stuff is important, what it means to them in the long run.”

Now more than ever, new carriers will have to brush up on their business plans, demonstrate dependable revenue streams and make safety a priority.

“If you don’t understand the dynamics of running a trucking company that’s also a factor for new ventures. They can be written. There’s going to be more value, more price,” Ruke said. “But it’s not can the driver drive the truck? It’s can they run their business? Do they understand the importance of the safety? That’s where insurance companies are putting overlay onto the process of these new ventures. Right now, there’s a limited number of carriers who will write new ventures. And by new venture I mean anybody who’s been in business less than three years with their own insurance. This is how the insurance carriers define that. I got a couple of people that write new ventures. You’ve got to be clean.”

– Aaron Huff contributed to this report.