In another nod to hydrogen fuel cell technology, the State of California revealed plans on Friday to award $41 million to the Port of Los Angeles for the Zero-Emission and Near Zero-Emission Freight Facilities (ZANZEFF) project.

The total project cost for this initial phase is $82,568,872, with partners providing 50.2 percent, or $41,446,612 in match funding. The California Air Resources Board has preliminarily awarded the port $41 million which will lead to the development of hydrogen fueling stations, the acquisition of Class 8 fuel cell trucks and the expanded use of zero-emissions technology in off-road and warehouse equipment.

With support from Toyota, Kenworth and Shell, the Zero and Near Zero-Emission Freight Facilities project provides a large-scale “shore to store” plan and a hydrogen fuel-cell-electric technology framework for freight facilities to structure operations for future goods movement. Toyota in 2017 began testing a hydrogen-electric-powered Kenworth T680 at LA-area ports last summer, and it unveiled the second iteration of the hydrogen-electric tractor this summer.

According to CARB the initiative will help reduce emissions by 465 metric tons of Greenhouse Gas and 0.72 weighted tons of NOx, ROG and PM10.

Regarding the possible use of internal combustion power sources, CARB writes in its 2017-2018 Grant Solicitation for the Zero-Emission and Near Zero-Emission Freight Facilities (ZANZEFF) project: “Use of Low NOx engines will be eligible for funding where fully zero-emission or zero-emission enabling technologies are not commercially available.”

By comparison, diesel has a carbon intensity score of +98, while traditional natural gas is +79 and electric is +35. RNG, which can be used with or in place of natural gas, is derived from methane which CARB views as being a much more potent greenhouse gas than carbon dioxide. Since RNG production prevents the release of methane into the atmosphere CARB awarded the fuel with an exceptionally low carbon score of -255.

However, current funds distribution under the ZANZEFF project shows no outlay for any natural gas or propane vehicles both of which, unlike hydrogen, already have fueling stations in place throughout Southern California.

ZANZEFF is part of California Climate Investments, a statewide initiative that spends billions of Cap-and-Trade dollars reducing greenhouse gas emissions, strengthening the economy, and improving public health and the environment, according to CARB.

It’s believed that the initiative will help reduce emissions by 465 metric tons of Greenhouse Gas and 0.72 weighted tons of NOx, ROG and PM10.

“This matching grant from CARB’s California Climate Investments program is critically needed funding support to develop and commercialize the next generation of clean port equipment and drayage truck, as well as the infrastructure to support it,” said Port Executive Director Gene Seroka. “This grant funds a public-private collaboration that is representative of our commitment to being a ‘market maker’ through collaborative technology and fuel infrastructure development with industry leaders like Toyota, Kenworth and Shell.”

The Port of Los Angeles, which has become the global maritime leader with respect to zero emission and near-zero emission technology, will develop the project in several phases, ultimately encompassing initiatives in Southern California, the Central Coast Area, and Merced County. The initial phase is designed to kick-start the leap to a new class of goods movement vehicles, while reducing emissions in designated disadvantaged communities.

The project phases will include:

“Toyota believes that zero-emissions fuel-cell-electric technology, and the scalability, throughput speed, and driving range advantages of its hydrogen fuel, has the potential to become the powertrain of the future – and the capabilities of fuel-cell-electric heavy trucks are a big reason why,” said Toyota Motor North America Executive Vice President Bob Carter.

“This is an excellent opportunity for POLA, Kenworth and Toyota to work together to both explore and drive advanced zero emission technologies that will play a critical role in the clean trucks of the future,” said Mike Dozier, Kenworth general manager and PACCAR vice president.

“This award is another recognition that hydrogen is a promising zero emission solution for the heavy-duty transport sector,” said Matthew Tipper, Vice President New Fuels at Shell. “We appreciate greatly the support from the Californian authorities and the opportunity to work with the Port of Los Angeles, Kenworth and Toyota in the deployment of a clean alternative fuel for California. The ‘Shore to Store’ plan enables us to broaden our hydrogen offer to include heavy duty transport.”

The “Shore to Store” project complements the extensive zero-emissions technology that is already under development for testing at Los Angeles terminals through partnership with the California Energy Commission. These investments showcase a clear, at-scale vision of the zero-emissions supply chain of the future and provide a model for a zero-emissions movement of goods.

Review and input on project implementation will be provided by the National Renewable Energy Laboratory and the South Coast Air Quality Management District. 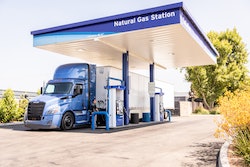 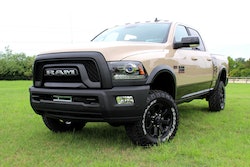 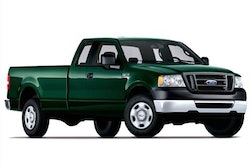 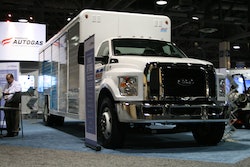