It ain’t easy being green—especially in New York City where the Department of Sanitation (DSNY) has been hitting some hurdles as it attempts to test clean-burning dimethyl ether (DME) and renewable diesel.

DSNY is scheduled to begin testing DME next week in a Mack truck equipped with an MP8 engine. But getting on the road to testing hasn’t been easy, namely because the New York City Fire Department has had no experience with DME.

“Due to their unfamiliarity with the fuel, FDNY was reluctant to permit DME fueling in NYC at this time,” DSNY Fleet Supervisor Spiro Kattan told Hard Working Trucks.  “Oberon found an alternate site for the DME dispenser at a nearby location in New Jersey.

“The DME dispenser is ready to go.  The DME-powered tractor will be delivered to DSNY the week of January 5.  The pilot is scheduled to commence on January 12.”

DSNY Deputy Commissioner Rocco DiRico told Hard Working Trucks that he and Kattan have already test-driven a truck equipped to run on DME in Texas. They were especially impressed that no emissions components were required on the truck’s engine, given the fuel’s exceptional exhaust characteristics.

“The truck that I drove in Texas performed flawlessly,” DiRico said. “It’s very simple. I opened the hood—Spiro and I—and it was like looking at a 1962 Chevy—there’s nothing on there, there’s no hang-ons, no after-treatments.

“It’s a very simplified version of what we know today. And it had the torque, the horsepower and the driveability that we so need.”

DSNY also plans on testing renewable diesel. However, Kattan explained that since the fuel is a new commodity they’re “still waiting for a procurement contract to be put in place.” 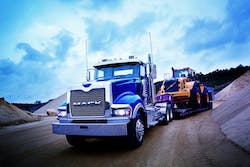 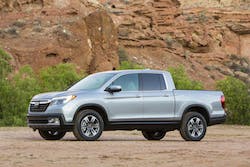 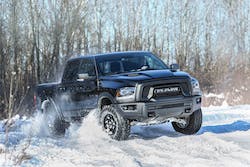 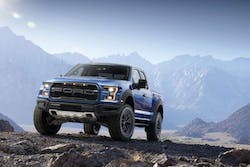