Truck beds are sometimes vulnerable on two fronts: lack of security and exposure to the elements. A bed cover can change that.

But deciding on which cover to use can take some time depending on your needs, DIY skill set and budget. After doing some research, I opted to give BakFlip’s MX4 tonneau a try.

The MX4 checked the boxes for a strong, hard cover that aims to keep our stuff dry during frequent Florida downpours and keep our stuff protected. (Check out the later part of the video below to see how the cover has held up in the rain.)

The instructions that came with the roughly 70-lb. box made installation easy. I seldom had to refer back to the paperwork once I started working and that’s good because I like projects that make quick sense and don’t require constant reference to the instructions.

Installing the MX4 can be a one-person job, but two people can make it easier if you don’t feel like lifting the cover yourself which, again, is roughly 70 pounds. Also, it’s nice to have someone push down on the BakFlip rails while mounting the rail clamps to ensure a better seal.

On that note, the biggest part of the project is installing the BakFlip rails which is not that big of a deal. My kit came with tonneau adapter hardware which lowers the Tundra accessory rail down a couple of inches while keeping it available for use.

After removing both Tundra accessory bed rails—easy work thanks to a cordless drill and Torx bit—I fastened the tonneau adapter brackets to the accessory rail and then bolted the brackets to the original accessory mounts using the cordless Torx driver. It’s far from rocket science.

The BakFlip rails are pretty ingenious. Not only do they provide four securement points for the cover (including the anchor brackets), they also feature small gutters to channel water to either end of the bed. Drain tubes included with the kit attach to the rails at the front of the bed which can be routed to drain outside. Some pickup owners just drop the tubes into the bed but since we get so much rain in Florida, I routed them through the bed wall plugs (check out the video and picture to the right).

The trifold design allows the tonneau to lock in three different places along the bed rails which offers a comforting degree of security. Each section is unlocked using a cable pull conveniently located on both sides of the bed. An anchor bracket at the top of the rail next to the cab secures the cover in place with a heavy-duty bolt and hand-tightened star knobs.

When it’s time to haul tall cargo, the tonneau can be folded up against the back of the cab and secured in place with prop rods that nest along the BakFlip rails when not in use.

To remove the cover, fold it up against the back of the cab, unthread the two star knobs by hand under the cover at the front of the bed and lift up the cover from the BakFlip rail mounting brackets. I did it comfortably on my own.

Frequent rain here in Florida this year has provided plenty of opportunities to get familiar with the MX4’s ability to keep the bed dry. If the rain is fairly heavy, then I can typically expect to have some minor leaks in all four corners of the bed (check out the video below).

But those small leaks have never been a big concern. Luggage and other cargo has stayed dried during a lot of downpours this summer. For extra peace of mind, I used an old, deflated air mattress as a makeshift bed liner and piled the luggage and firearm equipment on that. Even the toughest of rains has only brought in a little water to those four corners.

BakFlip’s MX4 price tag of roughly $1,000 may cause some wallet cringe, but for ease of installation, protection from the elements and load securement, it’s well worth it.

One of the best features of the BakFlip’s MX4 is load securement. I find myself using the bed more and not cluttering up the back seat with all my family’s stuff, especially on road trips. After locking the tailgate, I can comfortably walk away knowing that the contents are secured and that the kids don’t have to deal with stuff that was once piled in the back seat. 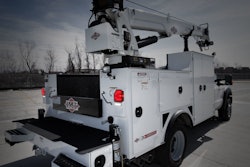 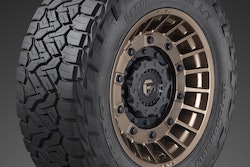 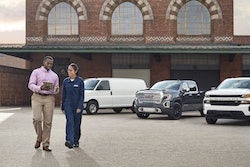 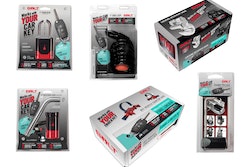