As millions of homes and businesses in the U.S., most of them in Texas, lost power this month, generator sales surged around the country and along the way and Ford’s new generators available in its F-150 trucks have been swept up in the power-hungry wave.

Last week headlines rang out across the country about Texas residents turning to their generator-equipped F-150s to restore vital power in unusually frigid and deadly weather which has claimed the lives of at least 57 Texans according to The Washington Post.

The news caught the attention of Ford CEO Jim Farley who Tweeted, “The situation in the SW US is so difficult. Wish everyone in Texas had a new F-150 with PowerBoost onboard generator.”

Ford reached out to its Texas dealers and asked them to loan their F-150s that had generators. Some dealers had already been doing just that.

“Our dealers continue to loan F-150s for work in their local communities,” Levine said. “We’re proud to see our customers using F-150 Pro Power Onboard to help their families and communities.” 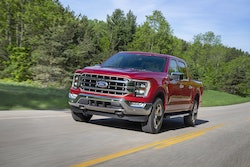 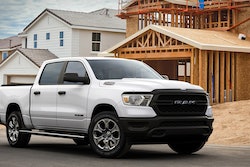