Hey Dad. Can we go to the junk yard this weekend?

It’s great hearing that question from my teenage son. We’ve had some fun trips to our local salvage yard checking out trucks and cars while fishing around for parts for a project or two.

But with the coronavirus creeping around, I told him it’s best that we stay home.

The few times when we have gone to the store, we wear masks. The kids and I are still living with my parents following Hurricane Michael and we can’t risk passing on something to them so we’ve been hunkering down and staying as sanitized as can be.

We had been hoping to move back into our home which had been badly damaged by huge oaks that had fallen over like massive dominoes during that crazy Cat 5 storm. Because of insurance hang-ups, it took about a year to get a new roof.

Part of the house flooded and though everything looked pretty good inside following that new roof, I just learned that we’ve got a mold problem. Isn’t that something? You can’t see mold spores in the air, but we’ve got them.

Same with the coronavirus. You go to the store and though everything looks okay—save for empty shelves where toilet paper, rice, potatoes and bananas had once been—there may be a virus lurking in the air. Who knows? It’s obviously spreading and though some places look benign enough, corona strikes again.

It’s happened here in our own beachside community. A tourist from Texas visiting during spring break came down with the disease and was admitted to our local hospital. Since then, other spring breakers have tested positive for the virus.

Panama City Beach was one of the last cities in Florida to close its shores. The decision came following increased public pressure on city officials, including the mayor who remained opposed to the idea even during an emergency meeting last week when the decision was finally made to shutter the beaches. If you’re like me, then you can’t help but think of the movie Jaws where the mayor insists on keeping the beaches open despite a growing shark problem.

The mayor, like many in this area, depends heavily on tourist revenue, especially the annual and controversial windfall that is spring break. The mayor’s diner stands to rake in a lot of cash when college students, families and others head to our shores. Other businesses here and around the U.S. lean heavily on spring break as well for major cash injections.

So it’s frustrating when you’re fighting an enemy that you can’t see, but nature should never be underestimated no matter its mode of delivery.

We clearly know when hurricanes are coming and we’ve gotten pretty adept at preparing for most of those onslaughts, save for a catastrophic and historic Cat 5 monster like Michael. Heritage oaks older than the country itself and cinder-block buildings got pushed over like dominoes. (Yes, the same can be said for celebrities and political leaders who have fallen victim to COVID-19).

And domino is a good word to use. I first learned of the domino effect while researching the Vietnam War in middle school.

But in the case of the coronavirus, it makes no distinction between political and market forces. Any human being can be impacted. It’s the same with the flu. The Centers for Disease Control estimates that the 2017-2018 flu season alone killed 61,000 people in the U.S. That number dropped to 34,157 victims for the 2018-2019 season.

Today, the CDC reports 44,183 cases of COVID-19 with 544 fatalities. Will it prove worse than the 2017-2018 flu season? Will it prove deadlier than the Spanish Flu of a 100 years ago? That pandemic killed upwards of 50 million people around the world including my great-grandmother. While we wait and watch COVID-19’s rising infection and death rates, we can all take steps to lower the risk for ourselves, our family and others around us despite the inconveniences.

My 14-year-old son and I were the only ones recently at a store wearing masks. It reminded me of when my other son and I were boarding up the windows in preparation for Hurricane Michael. Ours was one of the few homes boarded up in the neighborhood. That massive tree may have punched two holes in our roof but none of our windows were broken.

Similarly, businesses have been taking steps to protect their employees with many issuing work-at-home directives. Major truck and auto manufacturers have shut down production. Ford reported this week that instead of rolling out vehicles, it’s taking on ventilator production alongside 3M. That’s an encouraging partnership that recalls vital American factory contributions during World War II.

In a way, we’re all on the front lines if we’re willing to do our part to reduce infection. I’ve got asthma and I’m living in Florida which according to the CDC this morning is one of ten U.S. states that has between 1,001 and 5,000 reported coronavirus cases. (New York remains the only state with more than 5,000 cases.) With odds like that, I’ll keep sanitizing and washing my hands throughout the day and deal with the embarrassment of wearing a mask in public, though it’s a little tougher for my son.

“That was so embarrassing,” my son said when we got back to the car following a recent and very brief shopping trip. “I can never go into that store again.”

It’s better that, I said, than taking home something that could kill us and his grandparents. 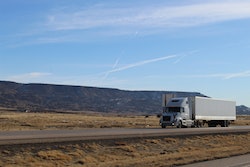 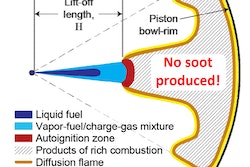 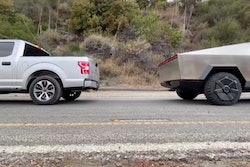