For those who work on the road, taking along a pet for the ride is fairly commonplace.

However, a tow truck driver in Dallas is under fire for taking his dog for a ride on the back of his truck at highway speeds.

Though the dog is leashed on a 3-point harness, animal rights activists are fired up and have posted their concerns on social media along with video (see below). They’ve also gone to police.

The driver in the Final Notice Towing and Recovery truck told wfaa.com that critics need to mind their own business.

“The dog is o.k. He likes it,” Bubba Bingham told animal rights activist Marina Tarashevska as she recorded him driving on I-30 on Monday with his dog in the back.

In her petition on change.org, Tarashevska writes in part that she “wanted to chase the guy down and strangle him…”

Bingham said he felt threatened by Tarashevska as she drove next to him on the highway. He sped away from her.

Dallas Animal Services weighed in on the controversy and reported that an animal cannot ride in the open bed or flatbed of a moving vehicle in Dallas.

And with that, it looks like the pooch may have to settle for an open window in the cab. 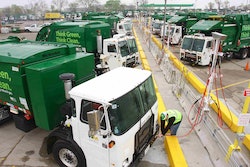 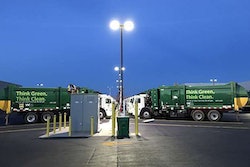 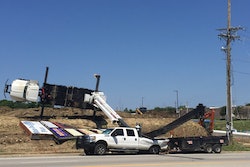 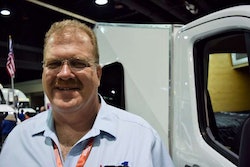