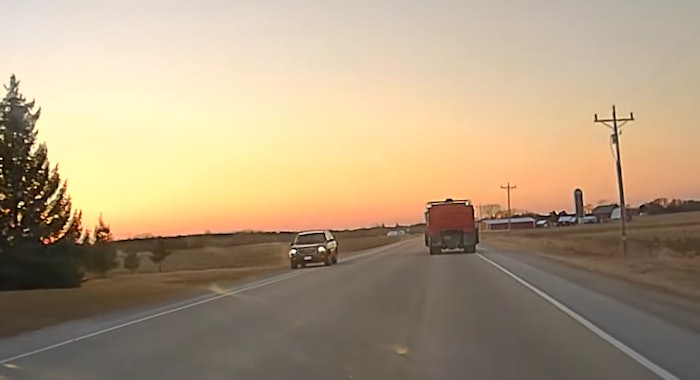 This next dash cam video looks like it’s straight out of the Dukes of Hazzard. If only the late Waylon Jennings could have done a voice-over…

It all started with a domestic disturbance call last Wednesday in Beaver Dam, Wisc. When a Dodge County Sheriff’s Office deputy showed up to help, Theodore Tamminga wanted none of it and took off in a loaded dump truck.

Tamminga was loaded himself, according to the sheriff’s office, and while being chased by a deputy he dumped dirt and rocks on the road in an effort to get the officer off his tail. (The load hits the road at 2:17 in the video below.)

While it made a huge mess, it did little to stop the chase. Eventually, Tamminga opted to go off-roading (at 6:51 in the video) where he got stuck in a field and was arrested and charged with OWI for the fifth time. He was also charged with eluding an officer and driving on a revoked license, his second offense, according to wsaw.com.