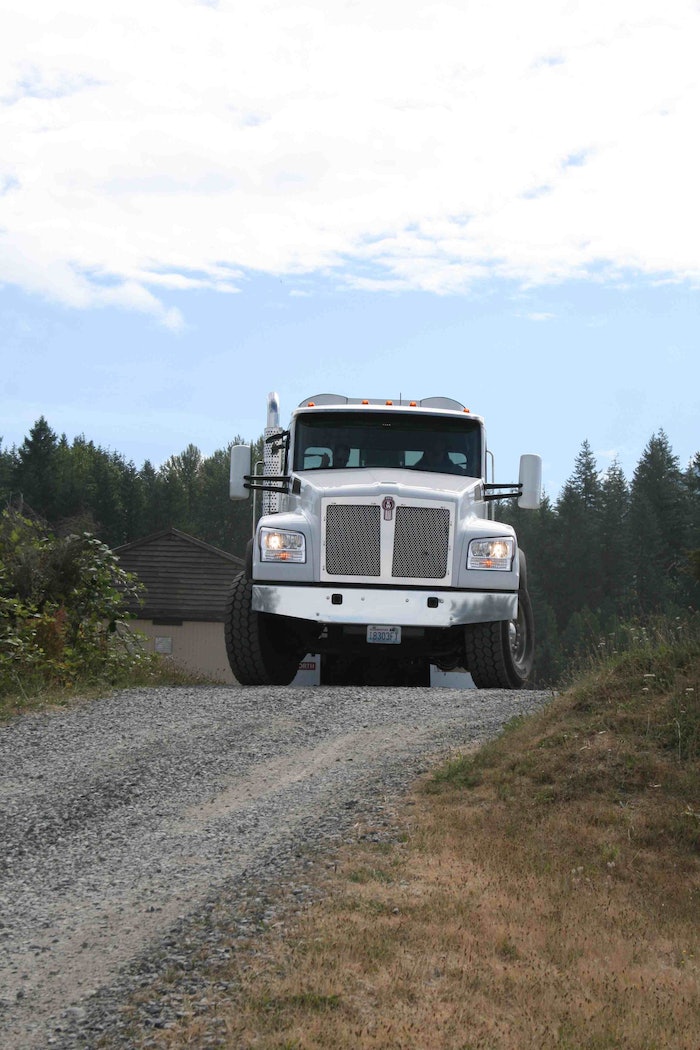 Kenworth knows that meeting government requirements can be a critical part of doing business.

During a recent test drive near Seattle, Wash., the truck—even when its McNeilus 10.5-yard mixer was loaded down with 30,000 pounds of gravel—made easy work of hillside roads and off-road terrain in two separate test drives (video posted below).

“They have the same performance as a comparable diesel,” said Kenworth’s Marketing Director Kurt Swihart. 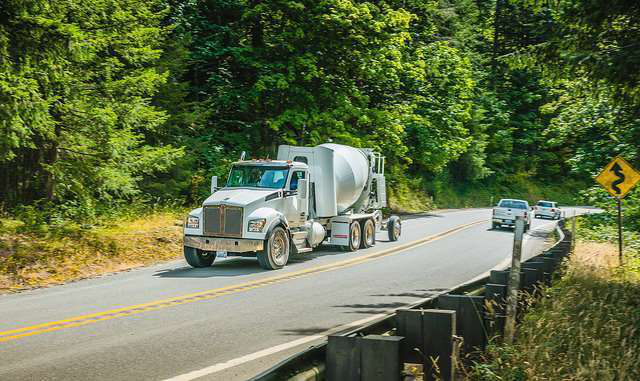 In a brochure outlining the benefits of its Near Zero engines, Cummins-Westport reports that its natural gas technology “improves air quality and lowers noise pollution.”

The Cummins-Westport 8.9-liter compressed natural gas (CNG) engine, while rated at 320 horsepower and 1,000 lb.-ft. of torque, delivers emissions that are 90 percent lower than the current EPA and California Air Resources Board (CARB) NOx limit of 0.2 g/bhp-hr, and also meet the 2017 EPA greenhouse gas (GHG) emissions requirements, according to Cummins-Westport.

By comparison, a Kenworth 2018 T880S mixer equipped with a 10.8-liter MX-11 diesel engine churns out 430 horsepower and 1,650 lb.-ft. of torque. Yes, you can’t argue the numbers, but its natural gas brethren still delivers where it counts.

And for some, that might be in metro areas where quieter and cleaner-burning trucks are the order of the day.

The truck I was driving was spec’d by building materials giant CalPortland. An Allison 4500 six-speed automated manual transmission made driving easy.

Though Swihart explained that the truck was more a flat land spec, it still delivered impressive acceleration on and off-road. 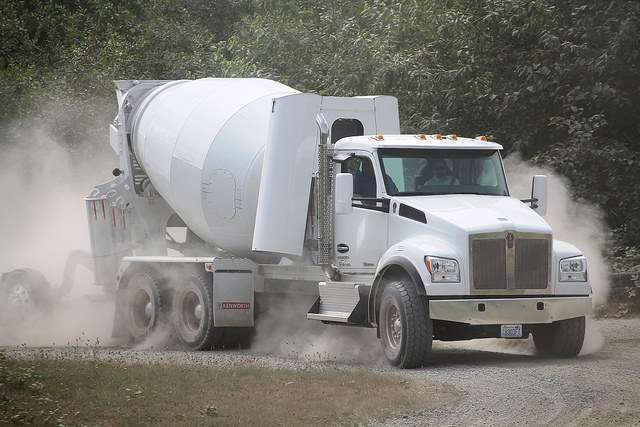 The 2.1-meter wide cab, a popular feature in the T880 lineup, offers plenty of elbow room. Switches and gauges are all available at a quick glance. The broad view over the short hood makes it easy to see the road ahead and brings on confidence fast.

The truck responded well in tight turns during the off-road segment on the former grounds of the historic Weyerhaeuser lumber mill where Kenworth trucks went to work in the 1920s.

While hauling 30,000 pounds of gravel with this CNG mixer, it just doesn’t feel like you’re carrying much of a load. Taperleaf 20K suspension in the front and Hendrickson HMX460 46K in the rear made for a smooth ride over off-road bumps. Helping during the ride was Kenworth’s proprietary GT702 highback seat with a soft DuraSupreme cover.

Of course, the set-forward front axle in the T880S has quickly proven to be a popular configuration for mixer customers that need to comply with federal bridge formulas.

“A large percentage of our orders are for the set-forward configuration,” McNeilus Manufacturing Vice-president Tom Harris said in a Kenworth press release.

Filling up on CNG

Swihart explained that filling up the CNG-equipped 2018 T880S mixer isn’t complicated nor time-consuming. He said it filled up from about a ¼ tank to full (or roughly 3,600 PSI) in about 15 minutes. 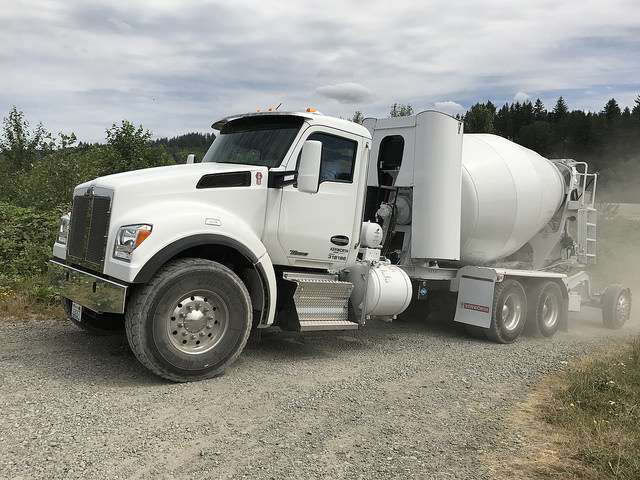 “It’s not a long time,” he said. “It’s really very simple. Pull up to the pump and it’s a single hose. It’s got a nozzle on it. It’s about two inches in diameter and it has a handle on the side. You line up the arrows and you put it on the fitting. It’s kind of like an air fitting. It looks like an overgrown air fitting. You just turn the handle and that locks it on. You walk over and put your credit card in the machine, you tell it what pump you’re on and away it goes. You do nothing past that and it just keeps pumping until you either turn it off or it fills up.

“Diesel’s a little faster, but CNG’s a lot cheaper. I bought 42 gallons of CNG—what they would call the diesel equivalent of CNG—and it was $93. So, it was like $2.29 a gallon,” Swihart continued.

Natural gas prices vary, of course, depending on where you fill up. A CNG pump in Panama City, Fla. was advertising $1.99 per gas gallon equivalent (GGE) this week. CNG in Clearwater, Fla. is currently selling at $1.38 per GGE and in Fort Smith, Ark., CNG is priced at $1.09 per GGE, according to cngprices.com.

Whatever the price, natural gas engines are here to stay. In a press release this week, Cummins billed itself in the lead paragraph as “the leading independent manufacturer of diesel and natural gas engines, controls and emission solutions.” Considering Cummins’ prominent standing in engine manufacturing around the world, a message like that is hard to ignore. 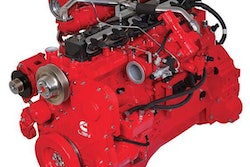 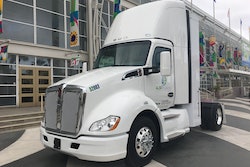 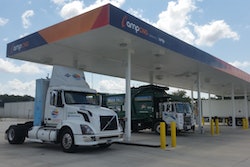